To understand how I ever found out about pirate radio so many years ago, I’ll give you a little history. I didn't learn of its existence from the punk rock scene where it was beginning to take hold in the early 90's. At the age of 13, I had interests way beyond most of my peers, and considered myself deep down inside to be a nerd, though I never had glasses nor did I carry around pens in a shirt pocket in a case. I hadn’t heard of punk rock that I could remember. Somehow, I discovered there was more to radio than FM and AM one evening while I was fiddling with the silver knob on my cheapo Ward’s clock radio. I started hearing strange languages on this clock radio that was designed only to pick up FM and AM radio stations. I soon learned that if I put my arm on top of this radio, I could pick up even more foreign stations on it from the likes of Radio Canada International, Deutsche Welle from what used to be known as West Germany, the BBC in London, England, Austrian Radio, Voice of Israel etc. It absolutely fascinated me. While the wasted Jacksonville kids were off toking in the woods and popping Lemmon 714’s (Quaaludes) , I was hunkered down at my trusty clock radio, straining my ears to hear new foreign stations from thousands of miles away.

Soon I had my own shortwave radio which enabled me to hear more exotic lands like Australia, Africa, the Middle East, Asia and Latin America. For hours I would listen, logging new station after new station and running to my sister and brother to tell them what I heard. They were never enthused with my foreign conquests like I was. In fact, I doubt they cared at all but I had to tell someone. After awhile, I began reading shortwave radio magazines, voraciously re-reading the articles and loggings about “pirate” radio stations. The word “pirate” intrigued me because I’d always admired people who ventured into subversive venues, dodging danger and government officials at every turn. It wasn’t too long after that when I heard my first shortwave pirate radio station. I heard stations with wacky names like Voice of Laryngitis, Voice of the Loon, Radio Sine Wave, Radio Midnight and Razorback Radio. From then on, my interest grew so great that I had to try out my own station.

But first, I had to learn a bit about electronics. Luckily, I’d taken an amateur radio course and learned Morse code and the difference between a capacitor and a resistor and rule after rule regarding amateur radio with megahertz and kilohertz ringing through my ears as I sat listening to Morse code signals to study for the test. But the purpose of me earning my amateur radio license was not to get my own pirate radio station, but to talk to foreigners all over the world on a 1 watt transmitter. Unfortunately, 10 years after obtaining my license, I still have yet to do just that. Amateur radio equipment is very expensive and I just did not have the money to spend thousands of dollars on radio equipment. Since that time, I have lost interest in the whole idea of amateur radio.

The years went on and I began to read about FM pirate radio stations and located catalogues where I could order my own FM transmitter kit and build a transmitter and transmit punk rock though the ether of my city. I scrounged up $35 for a kit and sent off, waiting impatiently for the UPS man to knock at my door with box in hand.

That day in 1992 when I got my kit was the day my life changed. I was hooked on a hobby I knew very little about but wanted to get involved in. I wanted to be subversive like the big boys, but I chose the FM band because I didn’t have the funds for a shortwave radio transmitter and damn it, FM sounded so much better. Besides, no station around here was playing punk rock on FM and I wanted to be the first. My frustration with the lack of decent radio in my hometown fueled my drive to create my own little niche in the radio world.

Two nights later, after painstakingly soldering capacitors and resistors, I popped in the transistor and was ready to try out my little transmitter. I already had an antenna on the roof from a scanner radio I used to listen to people’s cordless phones and cell phones and cops busting crack dealers. I was shaking from excitement. I couldn’t believe that after 5 hours of putting together the transmitter, I was finally ready to try it out. I couldn’t believe that I would be capable of putting together an electronic anything and be able to plug it into a wall and have it light up. Grabbing the coax cable that ran out to the antenna 25 feet in the air, I pushed it gently into the coax plug on the transmitter. Next, I connected my CD player to the RCA output plugs on the transmitter. Then, I plugged it in and turned it on. My digital FM radio was tuned to the frequency I’d picked to transmit on. No signal came from the radio. I rechecked all my soldering parts and the transistor and realized I hadn’t pushed the transistor chip in all the way. I heard it snap as I gave it some pressure and tried again. Out came the music over the radio.

Five minutes later I was in my car, running around the neighborhood to check out the signal. You could hear my CD crystal clear! I drove a half mile down the road and could still hear my transmitter. A mile away, the signal faded significantly but I could still make out the music above the static. The little transmitter, about the size of a CD case, was only putting out 500 milliwatts—one half a watt. Most commercial FM stations will radiate 100,000 watts of power.

The next few months were spent making compilation tapes to play over the air. I didn’t have a mixer so I couldn’t talk over the music, I could only throw a CD on the CD player or 2 cassettes in my double cassette deck and let them play. But hey, I had my own station on the air.

I was a little paranoid about the FCC catching me but I figured my chances were slim to none of being caught by the Feds. I doubt anyone in my neighborhood even knew I existed. I wanted to put flyers all over but was too afraid of backlash by right wing Rush Limbaugh types waiting to bust someone who was breaking a government law—even an oppressing government law that protects the rich and hurts the poor by keeping us from having our own voice on radio. Unless you’re rich, you can forget about owning your own commercial radio station. They costs millions of dollars, way out of reach for the average tax paying American who just wants a voice in their community or wants to deviate from cookie cutter radio stations who are basically dictated by major label record companies to play their music.

The closest I’d ever come to being afraid was one sunny Sunday afternoon as I cleaned my car, listening to my radio station outside the house on a portable radio. I was playing The Damned and minding my own business. I noticed a red truck circle our block and slow down as he neared my house. After turning around in the driveway across the street, he sped off, only to return a couple of minutes later, mysteriously looking over at me. I dropped my dirty rag and ran inside to turn off the transmitter. It was several days before I fired it up again. Fortunately nothing ever came of that suspicious red truck. Maybe I was paranoid but with the FCC fining illegal radio stations $10,000.00 and threatening them with prison terms, you could understand why I might be a little apprehensive. All I could picture was Wendy O. Williams from The Plasmatics being my bunkmate in prison.

Nineteen ninety-five rolled around and a local show promoter got the idea after hearing about my pirate exploits to hold a benefit show to raise money so I could get another station on the air. $350.00 was raised which they gave to me to help start up another station. I went and purchased another transmitter kit, an FM antenna kit, an amplifier kit, another antenna and a subscription to CMJ College Music Journal to help me get promotional CDs to play on the station. The subscription to CMJ alone cost me $300 and I had taken over $150 from the benefit money to go towards the subscription. Having your own pirate radio station was costlier than I had imagined.

The second kit I ordered from the company was put together but I could never get it to work properly. I couldn’t get a signal out of it more than 100 feet from the antenna. I didn’t know enough about electronics to figure out what was wrong. The amplifier I never got working. I still have all the transmitters, the amplifier and one of the antennas. The subscription to CMJ is long gone.

Since 1995, there have been major improvements in the quality and reliability of transmitter kits available to the general public. Now there is a 5 or 10 watt transmitter already put together that has a digital readout and can put out a signal for several miles. Unfortunately, it’s over $300.00. That’s $300. I don’t have anymore. However, I am hoping one day to get back into the pirate radio business. It’s a lot of fun and while risky, is also rewarding in the accomplishments that can be had. Besides, being subversive is fun! But I still can’t figure out what I am going to do with the broken transmitters I have. 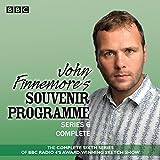