A New Dawn is Breaking

NOT Just Another Project From Bonfire Films

NATAL IS NOT just another film project from the creative think tank at BONFIRE FILMS. This short film will really hit home with a lot of people. The subject matter in this film deals with something that roughly 14.8 million americans are affected by each year. Natal deals with this subject matter in it's very own unique blood spattered way. This is a great addition to the horror genre by providing a "horrific" look at mental illness at it's very worse and pregnancy for that matter. Clocking in at under 30 minutes, no punches are pulled and to be honest, I think we have all seen feature lengths films which are less in depth. I liked everything about this film and I think you would as well if you like cutting edge "new" horror from fresh faces!

The cast and crew combined make this to be an opus of bloody afterbirth and horror. Corey Norman is gaining ground quickly as one of the top horror directors on the independent scene. Some of the actors that he chooses to work with are also on the brink of stardom themselves due to their talent. The talent in the acting in Bonfire Films is worth the cost of admission alone but when you factor in the great cinematography, script writing, and direction, you have masterpieces. This troupe is on the move and heading to the forefront in DIY independent horror. It is only a matter of time before we see some of Corey Normans' work on the bigscreen nationwide.

"After a recent suicide attempt, three friends bring Carissa to her family's
cabin for a weekend of rest. When she starts hearing scratching in the walls, she
begins questioning her own sanity as her world spirals out of control."

A Little More About COREY NORMAN

COREY NORMAN has worked on several film projects over the years. Based out of Maine this filmmaker has worked with numerous television networks to produce a variety of content. Having won a " Best News and Documentary" Emmy Award and being featured in 2011's "Forty under 40" by Maine Today Media, Corey is definitely a person of interest now that he is in the horror game. He has directed the official music video for LAST CHANCE TO REASON's song "Upload Complete" and has one other horror film under his belt. "The Barn (2011)" was his prior endeavor next to "The Hanover House" which he is currently wrapping up production on. I welcome Corey and his team to the world of horror and will be keeping my eye's peeled for anything from Corey and BONFIRE FILMS.

NATAL - In My Words

This is the part where we come to my divulgence of thought as to what NATAL meant to me as a film and where I review it. This is what we all have been waiting for.

The film took me through some unexpected turns throughout the entire picture. I really liked how you got to know the characters and the way that the characters introduced themselves and their personal struggles. This is acting done right and scriptwriting done great!

The cinematography is superb and very "visceral". This approach brings a good dark atmosphere to the film and it worked to great effect.

Special Effects makeup are excellent and old school, pulled off flawlessly. No Ed Wood, B-Movie effects here, only the best most realistic gore I have seen in a long time.

I am looking forward to ANYTHING and EVERYTHING coming from Corey Norman because I know it will be good, quality, horror and it will be done with surgical precision to make it the best experience for the viewer. His work is what makes cinema fun and great to watch as a viewer. He cares for pleasing his audience with his talent by using every last bit of professionalism combined skill in all of his work. Being of such talent, you will always have a great viewing experience when watching a horror coming from Mr. Norman.

Thank you and keep your eyeballs out....literally...

Shot on Location in : 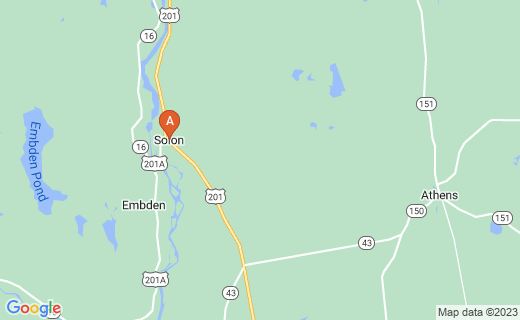 NATAL was shot in the beautiful scenic land around Solon, Maine.

Wes McLellan and his Family

The Future of Bonfire Films :

Will you be looking out for more from BONFIRE FILMS ?