Contorsion is yet another thrash metal band from the tiny nation of Switzerland and in spite of where these guys are from, they are not short on talent. Contorsion goes all the way back to 2004 and the album that I'm most familiar with is the one called United Zombie Nations or UZN for short. It is fair to say that Switzerland is a country that has joined the thrash metal genre and heavy metal is now a worldwide phenomenon. Swiss metal goes back to at least the 1980s with bands such as Celtic Frost but now in the modern era, thrash metal might be the sub-genre that starts to dominate in this Central European nation. Welcome Contorsion to the thrash metal community and here we go with this band's 3rd album United Zombie Nations which is about as flawless musically as it gets.

The Significance of the Song United Zombie Nations

The title track lyrically is trying to tell us that the system is set up so that people go to work everyday so that they can have the money to consume and then ignore others. The song is trying to also bring across the flaws and or dangers of a capitalist working society. There are those that would argue that capitalism is beneficial for business but while that may be true, capitalism also creates much economic inequality, something that is a topic for another article. In a sense, the title track is also saying that we have been conditioned to be like zombies for the world, having to work long hours, consume products and then be forced to repeat the same thing the next day.

Why United Zombie Nations Is a Flawless Album

What is on this album United Zombie Nations is good rough vocals, lead guitar work that fits within the context of the music and riffs that are just solid as heck without being too punishing on the eardrums or the psyche.

Analysis of the Song Butchers of Evil

“Butchers of Evil” is a song that starts with riffing that Finnish thrash metal band Mokoma would have used before the heavy stuff starts. The song is basically about a group of people that deliver punishment to mankind having no sympathy for traitors.

Musical Influences of the Band Contorsion

Stylistically, Contorsion resembles bands such as Grindpad, Kreator, Slayer, and Vendetta. Speaking of that, Vendetta is a long-time German thrash band active since the 1980s which is solid as well.

How Are the Other Songs In United Zombie Nations?

Isolation is a song that listening to it for the first time actually reminds me of how people worldwide have had to isolate themselves because of the Covid 19 pandemic. Lyrically though, this song views isolation as a form of desperation and that no one will be free. Too much isolation especially socially leads to many negative societal effects including anxiety and depression. End of Days lyrically talks about the effects of greed as people have become desperate to try and do what they can to get ahead. Unfortunately with tactics such as this, other people will suffer as well.

Gone Too Far is a song about what happens when the news media spins stories for their own benefit instead of sticking to the facts. The song also says that there should be no remorse for those whose objective is to provoke pain. One of the other highlights of the album is the groovy song Human Killing Machine. Lyrically this song is pretty much self-explanatory. Speaking of the Mokoma influence that we referenced earlier, the song Human Killing Machine has drumming similar to how Mokoma would start some songs.

Final thoughts as of 2 full listens through the album

Overall, United Zombie Nations is a thrash metal album that is so well done that it is as good as early Pantera and the Cowboys From Hell era. Yes that is quite a statement to make considering we are in 2020 but Contorsion is one of those bands that can do more than just groove.

A Map of Seengen, Switzerland Where the Band Contorsion Was Founded 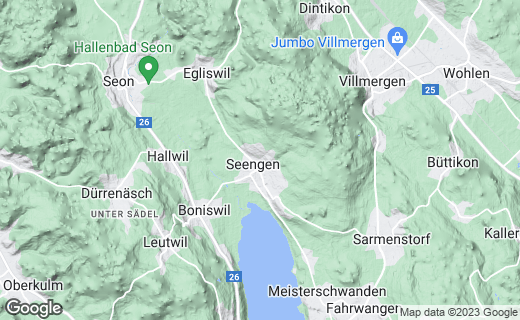