The Candle of Mercy (Not the Catholic kind)

The Couple that Flatulates Together...

There are some couples who repress their bodily functions. They go to great lengths trying to avoid offending one other. They open the back door and stick their butts outside or they wait for the other person to be out of earshot and then they let one rip. I even know some couples who take a dump at the YMCA to keep the smell out of their house.

We're not one of those couples. We don't shy away from a little "flapping of the cheeks" or a hard-to-flush stool.

We may not like the odor or the sound of a squealing fart, but we understand that flatulence and defecating are necessary, and we don't humiliate the other person for doing something that is completely natural and human.

However, our bodily functions can get in the way of a romantic moment if there is very little ventilation in an especially small apartment. Air fresheners just don't cut it. It definitely distracts from the lovemaking.

During these times we are sensitive to the other person and we don't make crude bathroom comments, tease, or make fun like some of our friends do:

"Whew! That one woke up the dead."

"That one burned a hole in your pants."

"Did you injure yourself with that one?"

We go to great lengths not to humiliate each other, and make a concerted effort to be kind even if the smell is overwhelmingly toxic, which it typically is--instead we smile and say, "Make sure you light the Candle of Mercy in the bathroom, honey."

From the WebMD Medical Reference as reviewed by Jennifer Robinson, M.D.: "Stool, or waste left over from the digestive process, is passed through the colon by means of peristalsis (contractions), first in a liquid state and ultimately in solid form as the water is removed from the stool...A stool is stored in the sigmoid colon until a 'mass movement' empties it into the rectum once or twice a day. It normally takes about 36 hours for stool to get through the colon."

When Detonating a Nuclear Warhead is Too Drastic...

We are not a couple who is in denial. We accept what is and try to deal with it.

Poop can smell awful especially when it comes out of the behind of someone other than yourself. If it's yours you can tolerate it most of the time. When it's someone else it's a different story, especially when that person has a bad case of the runs. It's like when you walk past a dumpster in the rear of a fried chicken joint on a very hot Summer day--it takes your breath away. If you are lucky enough to have an outhouse or the freedom to poop in the middle of the forrest behind a big redwood, you might not worry about the Poop Problem. Most of us aren't so lucky. We have to be creative in dealing with the raucous sounds and smells of a load passing through the rectum.

When Glade or Mrs. Meyers isn't strong enough, detonating a nuclear warhead is too drastic, and spraying the room with pesticide is unhealthy, you have to do what my fiancé and I do--USE AN EXTREMELY STRONG SMELLING CANDLE!

Having a Gas at Big Sur

Seven Flavored Candles that would Kill any Odors (and Possibly Insects) 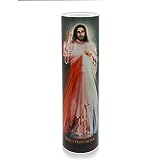 The Candle of Mercy

Don't get me wrong, when I refer to a Candle of Mercy, I'm not referring to the Catholic Mercy Candles that are sold at Costco or Walmart that the monks and other religious people frequently light up in the evenings.

And I am fully aware that Pope Francis has declared 2016 a Holy Year of Mercy but I'm sure that he wasn't referring to the Poop Problem. I have nothing against the Pope, in fact I like him better than most clergy, but he seems to have his priorities all wrong. He puts too much emphasis on being good and other such virtues as forgiving, showing mercy and bringing peace to the world. These may be noble aspirations, but they don't do a thing for the odor in the bathroom when your rotund Uncle Leo unloads what's left of an Animal Style Double-Double with cheese and an extra large curly fry among other things to the bottom of a beige Kohler toilet bowl.

I'm not saying that I have the religious education or the intelligence of the Pope, but I do know that lighting a mercy candle while people are eating their meals seems unproductive. Candles should be lit once the bowel movement occurs and in close proximity to the event for a period of no less than three hours depending on the quality and size of the excrement. Lighting the candle at dinner time is good for ambiance but it sucks when there's a suffocating odor wafting from the lavatory.

I strongly recommend that the Candle of Mercy not be any random candle that you buy from the Dollar Store or CVS. One should buy a candle with great care, making sure that it burns slow and provides the most intense fragrance possible, like the strong scent of a Balsam Fir or Candy Apple Spice--the complete opposite of what was flushed down the toilet just a few minutes ago.

Nor does it matter what the candle is made of--wax, beeswax, or soy. It doesn't matter if the candles are votive, container, or dipped in white chocolate. It doesn't matter if they are store bought or hand-crafted by a skilled artisan from Poughkeepsie. Just as long as the candle does the job and makes you forget about your Uncle Leo's most recent bowel movement and what he ate at the buffet earlier in the day.

I'm not saying that lighting a bathroom candle during a big poop will convert sinners into saints or make any person less disturbing. The Candle of Mercy has a simple mission: to allow a family member to live a life free of nausea and wise-cracking bathroom humor. It enables a loved one to use the bathroom without convulsing while brushing her teeth.

To borrow a quote from a former priest, "Lord have Mercy Candles on us all."

The Miracle Candle Doing its Job

My fiancé is a very beautiful woman as you can see. Her toleration of me has its limits, however. My significant bowel movements, frequent expelling of hydrogen and methane can be almost too much for her to bear. If it weren't for the Candle of Mercy, matrimony might be lost in a cloud of smoke.