"I write film music. I don't do brain surgery. I don't cure cancer. I just write a little bit of film music. If something happened where I couldn't write music anymore, it would kill me. It's not just a job, it's not just a hobby. It's why I get up in the morning." Hans Zimmer

Hans Zimmer has become one of the world's most talented and prolific film-score composers of all time. You have heard his music over and over again and may not have known his name. His music has moved us to every emotion one can feel. He has made us laugh, cry, cheer, dance, embrace, ponder and reflect on the sacredness, the mystery, the sorrow and joy of life. The composer accomplishes what no actor or actress can do on their own. He gives the film its life, its breath, its movement; its memory lingering in our hearts and minds long after the movie is over.

Zimmer was born in Frankfurt, Germany, September 12, 1957. He grew up with no television and played piano endlessly, sometimes pounding on it just to make noise. He lost his father at the tender age of 6. His family introduced him to the music of Beethoven, Mozart, Bach. "I came from one of those German families that were very snobbish and structured. Wagner and Lizst were completely out." He shunned formal lessons and is self taught and learned later from collaborating with other professionals and was mentored by Stanley Myers during his early career.

He is the father of integrating the electronic and traditional orchestral arrangements. He learned orchestra while working in London with Stanley Myers, an accomplished composer (The Deer Hunter). Zimmer credits much of his talent and success to those early years while assisting Myers.

While in London, Zimmer played keyboards/synthesizer in the Buggles, who became famous for their song and video,"Video Killed the Radio Star", which premiered as MTV's opening video.

Zimmer worked on a few short films in London before moving to America. Upon moving to LA, he was asked to write the score for Rain Man and it was his first Oscar nomination for Best Original Score, 1988. The movie did receive the Oscar for Best Picture. The following year, Driving Miss Daisy, of which he composed the score, won the Oscar for Best Picture. He has an extensive list of movies to his credit and I will include a partial list here along with a link to his complete discography. His first GRAMMY and Golden Globe win was in 1994 with The Lion King. Zimmer received his first Oscar win for best original score with Crimson Tide in 1995. His 100th film score was The Last Samurai, which is one of the most beautiful, compelling film scores he has composed.

"A great soundtrack is about communicating with the audience."

Two of my favorites are A Thin Red Line (1998) and Gladiator (2000). He worked two years on A Thin Red Line and felt the music truly supported the film. The song, "Journey to the Line" is hauntingly beautiful and during an interview Zimmer confessed to having written it while angry because of a disagreement with the director. The song was then used in the trailer for Pearl Harbor. It is a must see film if you've never seen it or heard the soundtrack. It is about the battle of Guadalcanal during WWll. My father served there and I believe that's also why the movie is so special to me. He would tell stories of this significant battle and how it changed the course of the war.

The film score for Gladiator is so powerful that the story grabs the inside of your heart and pumps every ounce of humanity throughout your bloodstream. You feel everything. He collaborated with Lisa Gerrard who also contributed to the writing score. He commented on how her influence greatly affected the writing process.

"It's a very German intellect at work. Lisa gives it those moments of feminine looseness. Sometimes when she was in the room, I would write differently because her presence and influence were there."

Hans Zimmer is passionate concerning the film composing craft. He believes that mentoring is essential in order for younger composers to become better craftsman. "When I came to America, that sense of apprenticeship didn't really exist. In order for something to survive there needs to be something biting at it's heels. It needs to be young and feisty." Being a man of action, he co-founded Media Ventures which then split and became Remote Control which has produced some of the film industry's most popular movie scores, Pirates of the Caribbean, Kung Fu Panda, Iron Man, Gladiator, Mission Impossible ll, The Last Samurai, Batman Begins, Transformers, Hancock, Kingdom of Heaven, The Dark Knight, Madagascar, Da Vinci Code, Angels and Demons. Composers collaborate and work together in this production facility with two state of the art mixing studios,a sound studio and recording space with a dozen separate composing rooms.

Do yourself a favor and sit back and enjoy the sheer genius of one of our most exceptional film composers in the film industry. If you're into video games, look for Hans Zimmer's first video game soundtrack on Modern Wafare 2. Below I have listed some of his greatest work and it in no way is a comprehensive list of his discography, but will give you an idea of how much he has influenced our love of some of the biggest box office wonders. 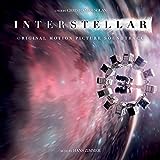 Hans Zimmer Interview In His Studio

Some of Hans Zimmer's Film Scores

More About The Dark Knight