The Grey- A Review of Liam's Newest Movie!

This is not just another man vs. beast or nature movie.

I have gotten sick of all of the wild animal movies that Hollywood used to put out. There were so many alligator, and bear movies in the past and they seemed to be too much alike!

The Grey, fortunately was a bit better and the story went somewhere.

u hope you enjoy it! 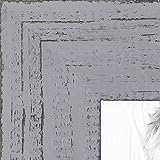 The movie is better than it looks!

Is this a must see? Tell me what you think.

I will start by saying I saw this film, liked it, and call it a should-must see. I can tell that some who reviewed this on other sites have not seen it yet. They are writing about the trailer and making false assumptions. That is easy to do because this one throws you many curves, and surprises.

This could have been an ordinary adventure/Man vs nature movie, but it wasn't. This was different from any other action movie that I have seen and reviewed. The hidden sub plots and the surprises at the end, make this worth watching. It was more psychological than it was action/adventure.

There are flash backs in the movie that are touching but do not reveal the real story until the end and that, really kept me tuned in. Plus the ending was different, and heart pounding as well. Yes, the wolves are viscous like the trailer suggests but they are just as clever as the hidden stories behind the main story.

Liam Neeson is supported by a great cast. He plays a wolf hunter and expert that finds himself in a plane crash with six (6) other survivors. They crash in the frozen tundra, with little food, little to keep them warm, and oh yes, a large, and nasty pack of canius lupus come calling. Though the title implies that this movie is about Grey Wolves, it appears that they used Black ones instead. That actually made the movie a bit creepier and more intriguing as the Black is bigger and has a more ominous appearance and look in their eyes, then the Grey do .

The action is good, and the story seems to be predictable, until the twists become revealed at the end of the movie. It is quite emotional and a bit surprising, as everything unfolds and a great European actor, rises to the occasion! It takes you to a place that you don't expect to go (unless some jerk you know ruins the ending. I hate that!), and then ...it gets interesting!

This isn't a movie that I will or anyone probably will forget.This one grabs you and holds on! I am still thinking about it more than anything else I have seen recently. The Grey is a smart and well planned out movie that drew me in more as it went along. And no, I won't forget the gripping climax! I suggest that when you see it, just relax clear your mind and get lost in it. That will enable you to enjoy the hidden parts of this modern day classic.

Go see it or buy it when it comes out!