The most beautiful female singers of all time!

Some voices and singers come from above!

A forgotten name, but a memorable talent! 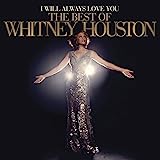 Jessica was an ok singer, but was stunning to look at! 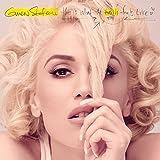 This Is What The Truth Feels Like
Buy Now

Yes this is all about looks, not necessarily the voice (thought the voice is factored in). Some choices will be a surprise and I am sure that some I left out will draw protest. Madonna, Elisha Keys, and Lady Gaga were left out and many will ask why. Well, this list includes all genres and there are many beauties that sang Opera and Jazz, but went unknown in the mainstream. That is the nature of most lists however.

Who I hated to leave off- Sarah Evans, Sarah Brightman, and Anna Nebektro are all amazing and almost made it.

Tell me whether or not they should have made it in your opinion.

-Sherri Austin and Carrie Underwood. Carrie was chosen for several acting rolls because...let's face it, she's hot! Sherri is too.

11. Faith Hill- Whether her hair is short or long Faith looks amazing every time I have seen her! She has had a few children and still looks like she did years ago when she first became popular!

10. Lily Pons- Born as Alice Joséphine Pons in Draguignan near Cannes, to a French father, Léonard Louis Auguste Antoine Pons, and an Italian mother, Maria Nenaso, this opera saprano swept the world off of its feet. She was amazing and hypnotic. She even has a town named after her- Lilypons Maryland.

7. Deanna Carter- Even though she may have been forgotten a bit, just watch some of her videos and see how amazing she looked! She is my favorite and number 7 on this list.

6. Britney Spears- I know that she gets mocked a lot, but come on, she really is a beautiful woman. Her eyes and smile are so unique and captivating. It was a shame to see her fall apart the way she has.

5. Toni Braxton- Toni is tiny! She is quite short but hard too miss! Toni started a fashion trend that became very popular. She has a very stunning smile and her skin is perfect. What else needs to be said.

4. Shania Twain- Okay, I am going to get flack for this comment! I am not a fan of hers, mostly because she dressed more risque than any one at her time and whined about the comments that were made as a result. Get over yourself!

3. Whitney Houston- What more than her name needs to be said? Whitney was one of a kind and will always be remembered!

2. Gwen Stephani- Some would have had her lower but Gwen enchanted an entire generation. With her eyes, hair, and that glow about her, how could she be left out?

This may surprise some but think about it and check the video before you react.

1. Jessica Simpson- Jessica became an actress because of the attention she received as a singer. She probably has the nicest smile in the music industry.