Degrassi Junior High & Degrassi High is everything that shows like 90210 are not and should be. Unlike Joey and Dawson who talk like they have the combined jeans of Shakespeare, Oprah and Jon Stewart, the character of Degrassi talked, dressed and acted like real people.

The creators of the show consciously made an effort to make the show as close to reality as possible by getting actors with little to no professional acting experience and keeping the budget low. The cast members were often asked to dress themselves and put on make up themselves IF they want to. Scripts were loosely written, allowing the cast to improvise or say the lines “in their own words”.

Japanese knows how to make those TV series centered on pure friendship. Check out some of them here.

The result is probably the most realistic portrayal of the youth’s everyday life. Surprisingly, the “realistic” approach also offered people a chance to understand how real dynamics of friendship play out and affect other aspects of a young person’s life. It is often credited as the first show to have ever accurately explained the necessity of belongingness in a youth’s life.

Click here to read about the REAL Bad Boys of Korean Entertainment.

Daring. Bold. Edgy. That’s what Skins is. It chronicles the lives of a group of teenagers as they struggle to survive, make sense of things and simply be happy despite the absence of proper parenting, proper values and correctly implemented social and educational rules.

It is has no qualms on putting a spotlight on the not-so-pleasant side of being a teenager including promiscuity, disrespect towards authority, sexual awakening, completely silly logic and useless existentialism. It does so without offering judgment. The shows plays out like a camera that zooms in and zooms out depending on what the audience needs to realize about a certain aspect of a teen’s life.

It uses friendship as a glue that becomes the sole means by which the characters survive. Much like in real life, when love, studies and family crumble, friendship is all young people can latch on.

Susan and Steve is a couple but Coupling is not about, well, coupling. It’s about how people find comfort in friendship as they go on their uncertain and unending search for true love.

Susan’s and Steve’s lives are constantly invaded by their friends and exes. As each of them go their way to date, meet new people, explore new careers, end old ones and try out new things in life, they unofficially lean on the stability of the friendship they offer each other. The rock solid but crazy relationship of Susan and Steve serves as their “homebase”, a welcome and invited excuse for all of them to get together.

Way before The Big Bang Theory made geekiness cool, The Inbetweeners made geekiness… well, geeky. The central character is Will, a transferee to Rudge Park Comprehensive following his parents divorce. Brainy and awkward, he befriends Neil, Simon and Jay who initially rejected him. After several funny and ironically familiar circumstances, the four forged a friendship and goes on their way to get laid, get into college and rise above their current “loser” rank in school.

Unlike the two other shows, friendship in Inbetweeners is not romanticized. In fact, it is drastically realistic. It shows just how getting stuck with people you don’t like doesn’t make you friendship any less real or any less strong. Often, “getting stuck” is the best foundation for a friendship because you get to appreciate the candidness and honesty the relationship offers. 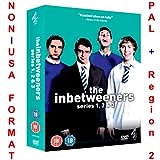 Seven students are enrolled in the most prestigious art school in Spain, “Carmen Arranz”. Each of them has ambitions to become successful in the field they are pursuing. However, they soon realize that it takes more than talent to make in their career and it takes more than themselves to make it through their lives.

Friendship becomes their fuel. It becomes the one thing they count on when everything falls apart. However, unlike 90210 or the others on the list, these 6 are not always in the same group. They are not a pack. They move around different cliques and pursue their own story. They just end up seeking each other or running to each other because their lives seem to have been designed to make their friendship inevitable.

Dance Academy is the Australian and dancing equivalent of Spain’s Un Paso Adelante. It is also centered on a group of teen-agers’ drive to become the best dancer in school and pursue a professional dancing career.

The center of the story is Tara Webster, a transferee who struggles to find friends and learn contemporary dance to combine with her classic ballet style. This is parallel to her personal struggles. Coming from a relatively conservative background, she comes into the school and gets dropped into a different culture. Things become “too much” and overwhelming sometimes.

Here are 5 of Korea's greatest actors that can give Robert De Niro a run for his money. Check them out and their works you shouldn't miss.

Friendship, here, is not treated like a delicate subject. Much like in real life, friendships are built, tested and broken almost as fast as their bones and spirits. Friendships don’t always bring good things. Sometimes, it pulls people in the wrong direction and sometimes, people fail to come back from it.

Australian: The Secret Life of Us

This is a story of a group of friends who live in the same compound. They are all in their late 20s to early 30s. As they struggle to establish their careers, work out or end relationships and find new ways of getting some stability in their regularly chaotic life, they constantly find that their presence in each other’s lives means more than they give it credit for.

Friendship here is treated with the same amount of maturity as their problems. It was never portrayed as the “hero” in their lives. It was more like a safety net, a warranty. It is interesting how they treated friendship like a dispensable commodity but also a narrative necessity. 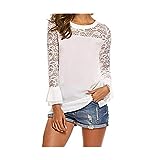 This is one of the few TV series in any part of the world where friendship is the be-all and end-all of the series. Friendship was front and center. Everything else that was happening around the main characters were personal struggles that get resolved and supported through friendship.

U-Know Yunho was a part of Rainbow Romance. He is now a part of the biggest and arguably the greatest Asian Boyband ever put together. Click here and read about DBSK/TVXQ.

The series triumphs in capitalizing on humor to fuel the narrative by making humor the bond that holds all the friends together. The problems that the characters encounter are tragically funny and disastrously cute and that became possible because the main characters was holding on to the security of their friendship. This is how the series avoided becoming a cliché and soap operatic. It became a genre in itself.

Gentlemen’s Dignity was hailed as Korea’s answer to Sex and the City. After watching it, though, it became apparent that aside from having four lead characters, there aren’t a lot of similarities. It wasn’t about empowerment of a gender either. It was simply a story of four guys who practically grew up together and has reached that point in their lives when they were certain of very few things and one of those is their friendship.

Click here if you want to discover 10 Japanese Romantic TV Series that are Underrated.

As they go about fixing their individual lives, it is notable how the director and writer was able to use friendship as the ground by which everyone was walking on. It was the anchor that keep them in place and salvation that they know will come anytime they are headed to hell.

It follows the formation of a friendship of three people who don’t have anything in common. By all accounts, they were never meant to be friends either and none of them are likely to lose sleep over it. Kritani is a popular boy who keeps an appearance of being happy and cool even though he is lonely. Kusano is a rich guy who is not popular but rich and always willing to help. Kotani is the new girl in school who is being bullied. Yet, they forced to come together when Kritani asks for Kusano’s to help Kotani transform into the beautiful girl that she is and asked the third person for help.

Ready to get scared? Check out these horror films from Thailand for 2013.

What seemed like a simple project of “fixing” someone becomes a total transformation for all of them and it wouldn’t have been possible if it wasn’t for the friendship they share.

Here is the story of true friendship between three unlikely candidates who would not have been friends if not given the special circumstances.