Before we begin there are a few things I left off the list. Of course, you need food and water if you can get it, so those aren't covered. And some things can quickly turn useless or dangerous: A car will run out of gas and leave you stranded and explosives are too dangerous to the untrained. So let's get to the list:

20. Compass:
This just made the list (I wanted an even twenty). Only because when the apocalypse hits, are you gonna be worried about which direction you're going in or surviving the next 3 hours? If you have time, pack it. Otherwise, leave that space for a Reese's piece. 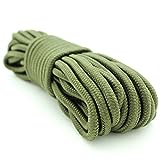 19. Armored Jacket:
This barely made the cut, too. Kevlar vests are too heavy to run with and if a zombie is close enough for this to be effective you're practically a goner anyway. Then again, you don't want to regret not getting one in those last intestine-chomping minutes.

18. The Zombie Survival Guide:
Max Brooks teaches us everything we need to know in every scenario.

17. Helmet:
Sounds like it would be right alongside the armored jacket, no? The advantage a helmet has is that it is multi-use. It protects from falling debris due to the crumbling infrastructure, it can serve as a bowl (of the soup or toilet varieties), a weapon, and it blocks the teeth of zombies, of course.

16. Rope Saw:
Provided you survive into a semi-zombie-free future, you will need to rebuild civilization. A nice little saw can help make a shelter better than hacking away with a knife.

15. Binoculars:
You'll need these to see the undead hordes before they see you.

14. Solar-Powered Flashlight:
The power grid will probably go down in a few days, if not hours, so you will need something to find your way if you have to move at night.

13. Ham Radio:
If there are survivors this has always been the traditional way to reach them. I guess, it's gotta work. Maybe you'll even be able to pick up some Nellie McKay.

12. Water Filter/Purifier:
Before you go pissing into a your canteen and drinking it a la Bear Grylls remember you do have choices. A reusable water filter is best but iodine works, too.

11. Rope:
All kinds of rope. The more variety the better. Fishing line, twine, sewing thread and heavy-duty stuff (to tie up the guy who goes nuts and wants to horde the rations).

9: Solar Panel Charger:
It’s light-weight, portable and could power not only your radio but any useful equipment you may find along the way (MP3 player, microwave, personal massager).

8. Sleeping Bag:
You'll probably have to keep on the move. Portable bedding is a must. Especially if you end up in freezing climates.

7. Canteen:
Where else you gonna put you're booze? Zombies don't like alcohol and if you smell like you're already pickled it's like mosquitoes and garlic. It puts a little more distance between you and death.

6. Lighter/Fire-starter:
It'll light the way if you lose your flashlight, provide heat, cook your food and scare away zombies. Hell, it'll do more than you!

5. Knife:
I know nobody wants to think about it but, one day you will be face-to-face with the flesh-eating undead. And when that day comes and you are in close combat, you will need a weapon. There are three camps when it comes to close-quarters weapons: club/bat, chainsaw, and knife. Some would swear by the blunt force of a club but, I disagree. A club or a bat might do the trick if you are a strong or particularly large person but if you are small or even average you might not be able to deliver the goods in one blow. Then you're in trouble. Next, is the chainsaw. Well, that's just stupid. Did anyone see what happened in the remake of "Dawn of the Dead"? So, lastly you have the big knife (preferably a machete). Detractors would argue that it, too, lacks the force necessary to kill in one blow. That may be true. But a well-placed cut is a safer bet than a chainsaw or a blunt object.

4. Medical Kit:
Whether alone or in a group, someone's going to get hurt eventually. And when you're enemy can smell blood just as well as fear, you're in trouble. Best to be prepared.

2. Gun/Crossbow:
There's some debate on this subject, I think. On the one hand, a crossbow's bolts can be retrieved and used again. On the other hand, guns, often times, pack more raw power. No need for a double-tap if the zombie's head explodes. Either way, a long range weapon is a must-have, for sure.

1. Companions:
I know it sounds sappy but it's true. In real life survival situations the ones who make it out alive are the ones who have friends, someone to protect and something to live for. It's always better with an extra set of eyes and ears staying vigilant and working to keep you alive. And if there's a zombie staring you straight in the eye...you can always push your friend. 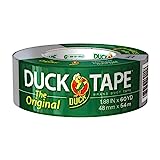 Some of My Other Hubs