Ever since the phenomenon first began to appear, we as a media-consuming public have had an interest in it. We make best-sellers of books about these supposed events, and go see the movies concerning it. Why we like these narratives is beyond me, and has much to do with why we might like horror movies. That is to say, there is no reasonable explanation, as of yet.

However, this is not the first time that a conscious public has consumed abduction narratives. Only, in the past, they took a different form. Accounts of people's abduction by wild native peoples, particularly in America, were common. These accounts became something akin to the best sellers of their day.

I have seen the results of this first hand. As I run a blog dedicated to UFO research, the stories that seem to draw the most attention (in terms of legitimate comments and feedback) overtime are those concerning alien abduction. 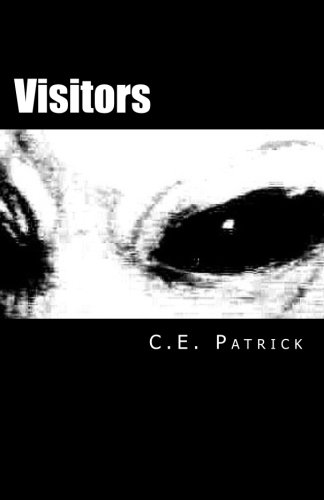 Just for clarification, this hub is dealing with movies concerning alien abduction. I'm sure the phenomenon is well known, but in case it is not, please note that this concerns persons on this planet being visited by beings from other planets. Often, they are taken, against their will, to be subjected to various tests and examinations from their extraterrestrial captors.

The films are graphic, and you should keep that in mind. If you are interested in abduction as a phenomenon, check out this book here to the left. I wrote it, and its an anthology of the most interesting tales of alien abduction that I have collected from my website.

Fire in the Sky

Fire In The Sky
Buy Now

Written By: Travis Walton (Based on his Book)

Fire in the Sky details the trying ordeal of a group of loggers from Snowflake Arizona. They are under suspicion for killing a member of their crew after he goes missing, their collective claim being that he was pulled into some sort of floating aircraft. Travis, the missing logger, later reappears, with no memory of what happened to him, although small glimpses begin to appear in his dreams, relating an out of the world terror.

The film pulled in $19 million from the box office, which was a bit less than the producers would have liked given the $15 million budget. However the film, received mixed reviews from critics, who generally praised it for its abduction scenes but also admonished it for ending on an disconcerting note. It has sense become a favorite among people interested in science fiction and alien abduction documentaries.

It should be noted that htis film is based off of actual occurrences that happened to Travis Walton. Both police records and newspapers document his disappearance.

#2 Close Encounters of the Third Kind

The world is shaken up as strange occurrences begin to take shape. Missing aircraft and ships appear randomly, and unknown objects show up on air traffic control radar systems. Overtime the events happen more often, and to regular folks, like Roy Neary who is burned as a UFO flies over his truck. Something is happening and is compelling Roy to find out what it is.

Close Encounters of the Third Kind was a fantastic financial success, earning $200 Million off of a $20 Million budget. The film has received many reviews heralding it as ground breaking and a true expression of Spielberg's vision.

The Fourth Kind tells the story of a therapist in Nome Alaska named Abigail Tyler. She delves herself into her work after he recent husband's mysterious death. When several of her patients start acting violently and erratically, it leads her to uncover a mystery of otherworldly proportions. What she discovers will horrify you.

The film was a financial success, bringing in $47 Million of a $10 Million budget. THe film was marketed virally, and even made to appear as if it were based off of real case happenings in Nome Alaska. However, the actual connection between the film and mysterious disappearances investigated by the FBI is loose at best.

Communion, based on the book of the same name, details the actual account of abduction experienced by the author, Whitley Strieber. In the book and film, Whitley is gripped by abnormal and strange tendencies concerning intruders in his house, and strange dreams at night. He slowly, through hypnosis, begins to unravel the truth...which in this case...is stranger than fiction.

My estimation is that Communion was not commercially viable. It's budget was never released, but we know that it took in only 1.9 Million in the theaters. However, this does not stop it from being a cult classic, and anyone who finds his book interested will definitely want to see the film.

Incident at Lake County tells the story of a family meeting for Thanksgiving, the first time without their patriarch. The movie goes on to show how they encounter strange lights in the sky, and are later besieged by creatures from out of this world. The movie ends mysteriously, suggesting that the entire family was abducted and that the movie was found footage. It is one of the earlier incidents of found footage film.

The film was primarily released for television, and as such, few reviews were done of it. It was marketed to be based on a true story, but there is controversy surrounding this claim.