This has everything about the Twilight New Moon movie - including photos on and off the set and fan comments. Did you like the movie? Are you for Team Jacob or Team Edward? You can leave your comments below.

For those of you who are clueless, New Moon is the second movie based on the series of four vampire-based fantasy and romance books by author Stephenie Meyer.

The New Moon movie continues the story of the first Twilight movie about the ill-fated romance between mortal Bella Swan, played by Kristen Stewart, and vampire Edward Cullen, played by Robert Pattinson. But Edward has some serious competition from Jacob Black.

If you are a Team Jacob fan, check out my Jacob Black Fan Page site.

How do you feel? Give your opinion in the Comments Section below. 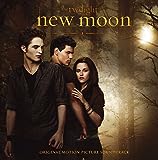 Bella Swan is obsessed with wanting to become part of the supernatural world of the vampires. She studies the mysteries of the supernatural and finds herself in great peril. Alice Cullen tells Bella that she knows entirely too much about their world and is putting them all in danger.

Edward Cullen and his family leave the small town of Forks, after Bella’s 18th birthday party. Edward tells Bella that she doesn’t belong in his world and that he is leaving her. He is trying to protect Bella from the dangers of the vampire world. Bella is heartbroken and feels numb and alone. She feels like a huge hole has been punched in her chest. Nothing is important to Belle anymore, and she is virtually sleepwalking through her high school senior year.

Then Bella finds that Edward’s image comes to her whenever she is in danger. She starts taking risks. Bella is desperate to be with Edward in spite of any risks she must take to achieve her goal. She must get closer to Edward.

Jacob Black becomes Bella’s best friend, as she struggles to get over her depressed thoughts about Edward. Jacob helps her to fix up an old motorcycle so that she can go on the risky adventures. Since Edward’s image comes to her whenever she is in danger, Bella now goes looking for danger. It turns out that Jacob is a member of the secretive and mysterious Quileute tribe, who also have supernatural powers. As Jacob helps her search for Edward, they become better friends.

Bella finds herself in many dangerous situations and she finally finds out Edward’s reason for leaving her. Bella also learns that Edward’s life is in danger, and it’s up to her to save him.

It's Edward vs Jacob and Team Edward vs Team Jacob in this action-packed movie.

Take this poll on the Twilight Saga: New Moon Soundtrack

Will you get theTwilight New Moon soundtrack?

Who is Your Favorite Twilight New Moon Character?

You can make money and friends while writing fun artciles, like this! You can write almost anything - informative articles, humerous features, prose, or poetry and have it published for free on hubpages!.They even pay YOU part of the ad revenue.

You don't have to know anything about programing or web design - hubpages does all that for you. It's free to sign up, and easy to earn a share of the ad revenue from your hubs. To learn more or to sign up click here.