The Amazing Career of Helen Mirren

I must be Helen Mirren's biggest fan

Helen Mirren is of my generation. When I first saw her on the screen she was 36 years old, about the same as myself at the time, and I was struck by her confident beauty.

Her acting amazed me, she had the ability to make you forget she was playing a part - the character was real right from the very beginning.

I took inspiration from her, resolved to put more effort into my own pursuits and persuaded myself that I wasn't growing old and useless and that I had heaps more work to do and heaps more skills to hone. Thanks, Helen.

Helen Mirren has been a star of the stage and screen for over 40 years and the winner of almost every major acting award.

The Rise and Rise of Helen Mirren

From 1991 to 2006, she starred in the award-winning TV series Prime Suspect, and in 2006 she won the Best Actress Oscar for her role in Stephen Frears' film The Queen; she had been twice nominated before - for The Madness Of King George (1994) and Gosford Park (2001).

Mirren's return to the stage - already a cultural highlight of 2009 - was one of the most ground-breaking. On June 25 her performance in Phedre a 17th-century French tragedy, was beamed live from the National Theatre in London to 50 cinemas around the country and, within 24 hours, to a further 100 all over the globe.

Since the first moment when Mirren lit up the screen for me, I've sat spellbound sending mental encouragement to Jane Tennison in Prime Suspect, sobbed a little at blues diva Maggie Sheridan in Painted Lady, and discovered the private lives of two Queens of England.

Helen is a garden Gnome Fan

Dame Helen is also a gardener who likes garden gnomes and growing onions.

She has "a soft spot for gardens that are jam-packed with gnomes, babbling brooks and little wagon-wheelie things. I've always had a secret thought that those things could come to life at night. One gnome doesn't do it for me. You've got to have a whole little village if you're going down the gnome route."

And how can you not like a woman whose nickname is "Popper"?

Helen Mirren as Caesonia in Caligula (1979)

* Helen made her theatrical debut at age 18 as Cleopatra in Antony and Cleopatra at the Old Vic in 1965, for which she received rave reviews.

* She joined the Royal Shakespeare Company in 1967 and went on to become a leading actress, starring in numerous plays in England.

* In 1967, Helen made her first film, Herostratus, followed in 1968 by her appearance as Hermia in Peter Hall's film of A Midsummer Night's Dream.

* In 1969 she appeared in the Italian film Colpo Rovente which was followed by her role as Cora Ryan in Age of Consent.

* Shakespeare roles for the BBC include Titania in A Midsummer Night's Dream (1981) and Imogen in Cymbeline (1983).

* In the spring of 1995, she starred in the New York stage production of A Month in the Country, which also ran in London in 1994.

* In 1984 she appeared with the Royal Shakespeare Company taking roles such as The Roaring Girl and Cleopatra again.

No mortal could possess it! No kingdom could command it!

Forged by a god. Foretold by a wizard. Found by a king

I will never forget when I first saw the film Excalibur. It was the old story, the one told by Mallory, of kings and knights and castles. Mirren played the evil half-sister of Arthur, a mysterious seductive woman with semi-magical power. Her acting was flawless, unnoticed, and she was very, very beautiful.

I remember a 'spell' she wove with Merlin, The Charm of Making, which was loosely based on Old Irish and translates to: "Serpent's breath, charm of death and life, thy omen of making.". It chilled me then, and still does.

Excalibur - An adaptation of the legend both faithful and bold

Excalibur is violent and bloody and unleashes not just the grandeur and pageantry of Thomas Mallory's Morte D'Arthur, but all of the rich sensuality.

This is not a film for young viewers.

At the age of 18, while in Youth Theatre, Mirren played Cleopatra in Shakespeare's Antony and Cleopatra at the Old Vic in London.

Of her experience, she said, "I loved the power and the passion of that role, and of course, it's always good to be queen."

Excerpt from the Speech at Tilbury

In 1588 , as England prepared for an invasion by King Philip of Spain and his powerful Armada, chances of a victory for the English were slight.

In the manner of all Commanding Officers, Queen Elizabeth addressed to the Troops at Tilbury, in Essex.

Therefore I am come amongst you, as you see, at this time, not for my recreation and disport, but being resolved, in the midst and heat of the battle, to live and die amongst you all; to lay down for my God, and for my kingdom, and my people, my honour and my blood, even in the dust.

I know I have the body but of a weak and feeble woman; but I have the heart and stomach of a king, and of a king of England too.

An unexpected and powerful wind blew the Armada away from the English shores.The defeat of the Armada, and the rousing speech, greatly increased Elizabeth's popularity.

Helen Mirren as Elizabeth II - A difficult role to play

The Queen - When it's not easy being Queen

Mirren gives a spellbinding performance in The Queen, the provocative story behind one of the most public tragedies of our time - the sudden death of Princess Diana.

In the wake of Diana's death, the very private and tradition-bound Queen Elizabeth II finds herself in conflict with the new Prime Minister, the slickly modern and image-conscious Tony Blair. 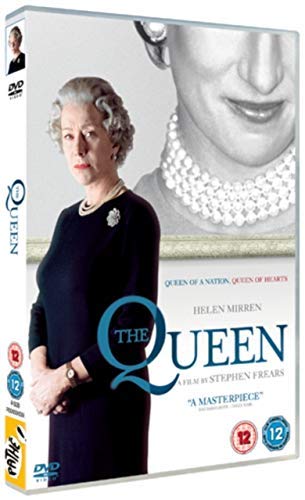 Prime Suspect was a groundbreaking British television series because of its portrayal of a powerful woman who dared to aspire to a leadership role in the man's world of police detective work.

In the 15 years the series ran (1991-2006), every season tackled politically volatile subject matter, from sexism to racism and homophobia, while maintaining an intense attention to detail and a steadfast commitment to the accurate portrayal of law enforcement's investigative process.

Helen Mirren's Detective Chief Inspector Jane Tennison, the only female DCI on an old boy's club London homicide squad, is like a phantom lurking around the edges of the action while the men rush through their latest murder case, joshing and winking in the kind of male camaraderie the cop genre has celebrated for decades.

When DCI Shefford dies of a sudden heart attack, Tennison demands to take over.

Despite her superintendent's resistance ("Give her this case and she'll start expecting more."), she becomes the squad's first woman to head a murder investigation.

Scrutinised at every moment by her superior officers, Tennison is faced with a case that spirals out from a single murder to a serial spree, a second-in-command who undermines her authority and her investigation at every turn, a team resistant to taking orders from a woman, and a private life unraveling due to her professional diligence.