Who has more raw talent: Lady Gaga or Madonna?

Enter your vote in the Lady Gaga vs Madonna debate

A lot of comparison has been done between Lady Gaga and Madonna, and not without good reason either. Lady Gaga and Madonna are both known for repeatedly reinventing themselves. They both wore costumes considered outrageous at the time, and there are striking similarities in some of their songs.

Regardless of their similarities, I wonder....who has more raw talent: Lady Gaga or Madonna?

Madonna came first, but does that mean she is more talented? Perhaps Lady Gaga is more talented, but since she has so many similarities to Madonna, is it all her talent, or is she sub-consciously borrowing from her predecessor (or worse yet consciously doing so).

Who has more raw talent: Lady Gaga or Madonna?

Can Lady Gaga sustain her fame?

Madonna's first album, Madonna, was released in 1983. She has continued to reinvent herself, and has stayed remained relevant for over 25 years. Do you think Lady Gaga has the ability to do the same? Will Lady Gaga still be a household name in 2030?

Can Lady Gaga sustain her fame for as long as Madonna has?

Who has the better sense of style?

Who has the better sense of style?

Most recently Lady Gaga's song Born This Way has been compared to Madonna's Express Yourself.

Gaga's Alejandro was also compared to Madonna's Don't Cry For Me, Argentina. 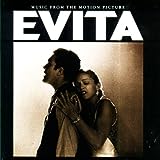 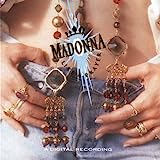 Does Gaga's Alejandro sound like Madonna's Don't Cry For Me, Argentina?

Does Gaga's Born This Way sound like Madonna's Express Yourself?

Is Lady Gaga a Wannabe?

Is Lady Gaga a Madonna Copycat?