Lady Gaga is NOT a Man

I am usually not the type of person to get caught up in celebrity gossip or silly rumors. It is just not my type of thing. However, I have to take a stand on something I am tired of hearing about all the time - Lady Gaga is not a man! This insulting little rumor has gone on for too long. One would think since it is so ridiculous, the rumor would simply die. However, I keep hearing it and it needs to be addressed.

Apparently, the rumor came from a vindictive ex-boyfriend. If you stop and think about it, how many times have you dumped someone and that ex has gone out and said really nasty things about you? I'll bet it has happened to you, too, but on a smaller scale. Let's face it, few of us are as famous as Gaga, so when rumors circulate about her, many people are going to hear them. Why should the public believe some rumor started by an ex-boyfriend anyway? Give me a break! He just wants the attention.

So now I am left to ponder, why does the rumor continue? I suppose the "manly rumor" still continues because Lady Gaga sometimes embraces an androgynous look. I still don't get it since an androgynous look now does not erase the way she once looked. I don't know about you, but I thought she looked very feminine in her earlier videos. Aside from that, there are a number of other hints that Lady Gaga is not a man, nor is she a hermaphrodite. 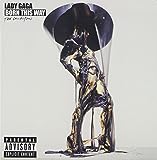 She has a girl's name - several!

Lady Gaga was born with the very girly name: Stefani Joanne Angelina Germanotta. Considering Stefani, Joanne, and Angelina are all quite feminine names, this is a pretty strong indicator that she is a female. As far as I know, most parents don't have a baby boy and name him Stefani or Joanne or Angelina. Her name might sound Italian (since she is), but it definitely does not sound like a man's name.

Aside from the dead giveaway - her name - there are many childhood photos of Lady Gaga available online on several websites. The photos are obviously geniune pictures of Lady Gaga. She wasn't always a famous musician and she did not always dress in such an outrageous manner. Once upon a time, there was a little girl named Stefani. I am sure no one knew she would turn into the famous Lady Gaga... except her, of course!

Wouldn't she just admit it?

Lady Gaga is really not known for being shy about anything. She has been honest about being bisexual. She supports the gay community. Don't you think she would just be honest about this? I mean, let's face it, the world would love to have another drag queen superstar. RuPaul is still pretty awesome, but RuPaul has been around a while and is too busy with a TV show to make music anymore. The nation is looking for a new drag queen pop star.

Considering how outspoken Lady Gaga is on so many issues, why would she keep quiet if she were a man or a hermaphrodite? I am sure a lot of people would find her even more fascinating if that were true. I am pretty certain she would just be honest with the public.

Despite all of the progress our society has made, it is still difficult for some people to accept a real woman can be as strong as a man. Lady Gaga is a strong, opinionated, and determined woman. Many people are threatened by her power and her success. Deep down inside, there are still people who can't believe a woman is capable of being powerful. I could start on one of my "Hillary Clinton and how she should be president" rants, but I will spare you of that speech for now. If a woman is strong, like Gaga, why most society put a penis on her because she can't possibly be a female? Suggesting that Lady Gaga is a man is not only demeaning for her, it is demeaning to women in general.

To all of you searching sites to find out about Lady Gaga's gender or asking questions about her on sites, please stop. Lady Gaga is certainly a woman. Stop treating her in a such a way; she is a person like everyone else. She has feelings, too. Furthermore, stop degrading a woman. She is allowed to be strong. She is allowed to have an androgynous look. This is a free country and stop treating a woman so poorly.

All written material on this hub is from Jeannieinabottle. This hub has been seriously modified since it has been stolen by more than 5 websites.

Lady Gaga (Stefani) when she was on MTV's Boiling Points

Lady Gaga links and sources for this hub: