"Lost Sunglasses" is a commercial by Subaru about a couple traveling all over California trying to find a misplaced pair of sunglasses.

Lost Sunglasses one of my very favorite commercials because not only does it have a funny storyline, a great theme song, and good-looking actors, I've actually had my hardy little Subaru at many of the locations in the commercial. I bet you could take your car, no matter the model to a few of these wonderful spots too.

Much of what draws me to the Lost Sunglasses commercial is the variety of locations featured on it. Since I've been to many of the places, it feels like the couple is driving all over central and southern California, visiting some of my favorite places.

Mt Whitney is the first place featured on the commercial.

At the very start the couple is driving through rugged scrub desert toward tall blue mountain peaks. The rugged desert area is the Alabama Hills and the mountainside is actually the eastern face of the Sierra Nevada Mountain Range.

When the car does a U-turn in the commercial we get a good view of the mountains, including a very famous one, Mt. Whitney. 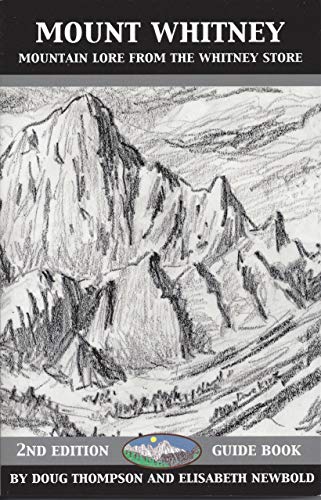 Mount Whitney: Mountain Lore from the Whitney Store
This is considered to be the best hiking guide to Mt. Whitney. It is written by the mountain locals and is full of interesting facts, stories, and instructions.
Buy Now

Technically the Alabama Hills is the first location seen in the commercial, but since it is not very visible until after the couple do a U-turn and start crawling around the rocks looking for the sunglasses, I put it second.

Although the name indicates otherwise, the Alabama Hills is actually in Southern California, close to Death Valley and at the foot of the Mt Whitney. It doesn't have much to do with the state of Alabama, the area was named after a Civil War battleship that local residents were rooting for.

It is one of my favorite places in the world since it is lots of fun to explore and just evokes a feeling of fun. Right at the base of the Sierra Nevada, the stark contrast of sheer, light colored granite against the weathered, sandy Alabama Hills makes the areas look extreme, but they are actually made of the same materials, one was just run over by glaciers and made to look fresh and new.

The Alabama Hills may look rather familiar. They have been used again and again as a location for tons of movies and commercials. Many of the old westerns were filmed there, and some of the more iconic scenes from Tremors as well.

Learn more about the Alabama Hills by clicking here

In the Alabama Hills

Learn More About the Eastern Sierra

California's Eastern Sierra: A Visitor's Guide
Both Mt. Whitney and the Alabama Hills are along the eastern Sierra Nevada, one of the most interesting and stunning places in the world.
Buy Now

Driving Toward the Alabama Hills and Mt Whitney

The last location seen in the commercial is a very famous one.

It is the cave they used for the Bat Cave in the original Batman TV series. It is called Bronson Caves and it is in Los Angeles.

They've used Bronson Cave for other shows as well, since it is so close to the movie studios and so easy to get to they love to use it as a location.

Get the Complete Batman Original Series

Batman: The Complete Television Series (DVD)
Holy Batmania, bat fans! Get the complete and uncut original series in its entirety with this DVD set! Also available on Blu-Ray!
Buy Now

Playing throughout the Lost Sunglasses commercial is a sweet little song called "Before I Knew" by Basia Bulat.

Basia Bulat is a Canadian folk-singer and songwriter originally from Ontario. Probably because her mother was a music teacher, she plays a number of unusual instruments including an autoharp as well as the guitar, hammered dulcimer, piano, ukulele, and the charango. All this in addition to being a talented singer.

While Basia has received a number of awards for her musical talent, but she isn't yet as well know as she should be.

Basia Bulat Singing "Before I Knew" From the "Lost Sunglasses" Commercial

Get the Song from Lost Sunglasses 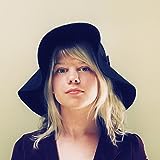 Before I Knew
Get Basia Bulat's song "Before I knew" from the Lost Sunglasses commercial here now.
Buy Now

Actor and Actress in Lost Sunglasses

"Lost Sunglasses" has two main actors in it, the male actor is named John F. Beach and the actress is named Eleanor Seigler.

There isn't much out there on either actor, but you can learn a bit more about Eleanor on her IMDb page and learn more about John on his IMDb page

The Actor and Actress in Lost Sunglasses

Eleanor in Another Commercial

The actress from Lost Sunglasses, Eleanor Seigler, is in another commercial, this time a Heinz one called "Bottles". It's shown below.

Eleanor Seigler in a Heinz Commercial

The actor from Lost Sunglasses, John F. Beach, is in several shows, including one called Fear Clinic. Below is part of the episode called "Misophobia".

What Did You Think about the Commercial?

My Subaru Out in the Wild

What do you think about the "Lost Sunglasses" commercial? Like it, love it, hate it? Had you been wondering about the geography of the setting too? Leave a comment down below and let me know :)