the 10 best punk rock songs ever! 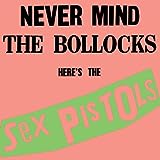 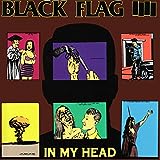 In My Head
Buy Now 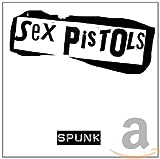 Moshing, screaming, feedback, speed, and distorted noise....isn't it great? Punk Rock is a form of music from the 70's that has had a loyal following since its birth. It spawned a new generation in America. Where would we be without the hair dos, the metal spiked jackets, and decked out dogs?

Here are the best Punk tunes in my opinion. Enjoy!

11. Not A Machine- Black Flag- Wild and out of control. That was how the Flag did it. This was over the top and had cool lyrics. Man, Henry has calmed down a lot!

10. Wild in the streets- The Circle Jerks- A young fast band had a pounding beat.

9. Don't Take Me for Granted- Social Distortion- This has a great back beat and some cool rifs.

8. Bitchin Camaro- The Dead Milk Men- You had to know this one would make it! These guys went main stream, but before that, they were true to punk. This is the story about one cool car.

6. Stupid Over You- Screeching Weasel- This one was high pitched and like everything else they do, CRAZY!

5. Bodies- The Sex Pistols- No list could leave songs by Black Flag or The Sex Pistols and be taken serious! This was fast and bold like most of their songs.

4. Damaged- Black Flag- Before Henry Rollins mellowed, he was front man for one of the hardest punk bands ever. This tunes is one of my favorites.

3. God Save The Queen- The Sex Pistols- Irreverent, crude, but it has a great beat. hey it is the Pistols after all.

1. Riot- Dead Kennedys- This wasn't an easy list, but Dead Kennedys top it. Punk is supposed to be intense and they were! I hope you enjoyed this and check out my other music blogs!