Why I'm making this page about The Weavers: influential folk group:

The Weavers becauseThe Weavers played an important role in American musical history. They were a great, influential and beautiful folk group in the 50's and, as such were the fore-runners of the great folk revival of the 60's. They sang with great gusto and had great harmony. I'm making this page to raise awareness nationwide of this great part of our musical heritage.

Who were The Weavers?

The 1950s folk group, The Weavers, were one of the greatest folk singing groups in America, having morphed out of the 40's labor song group, The Almanac Singers. The Weavers sang a wide variety of songs. As Wikipedia puts it, [They] "sang traditional folk songs from around the world, as well as blues, gospel music, children's songs, labor songs, and American ballads. [They sold] millions of records at the height of their popularity. [The Weavers'] hard-driving string-band style inspired the commercial 'folk boom' that followed them in the [late] 1950s and 1960s"

In case you haven't heard them, Take a Listen:

The start of The Weavers

Yes, The Weavers were actually the continuation of The Almanac Singers. Due to public hostility from hostile reviews and accusations of communist leanings, The Almanacs were forced to disappear during the war. But, adding some new personnel they re-appeared in 1950 as "The Weavers". As Wikipedia puts it, "The Weavers were formed in November 1948 by Ronnie Gilbert, Lee Hays, Fred Hellerman, and Pete Seeger.... [They] took [their] name from a [powerful] play by Gerhart Hauptmann, Die Weber..., depicting the rising of the Silesian weavers in 1844 [and] containing the lines, 'I'll stand it no more, come what may'."

The continuation of The Weavers: - [info gleaned from Wikipedia:]

The Weavers enjoyed a fruitful three year stint with Deca records. The intelligent compilation below highlights the Weavers' many wonderful pop hits which were recorded by Decca between 1950 and1953. 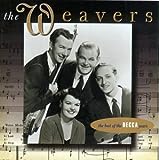 The Weavers: The Best Of The Decca Years
Buy Now

The Weavers and the red scare

"[Due to] the deepening Red Scare of the early 1950s, their manager, Pete Cameron, advised them not to sing their most explicitly political songs and to avoid performing at progressive venues and events." Thus, they were criticized by some folk song fans "for watering down their beliefs and commercializing their singing style. But the Weavers felt it was worth it to get their songs before the public." (to be continued...)

The blacklisting of The Weavers

[From Wikipedia:][However,] "During the Red Scare,... Pete Seeger and Lee Hays were denounced as Communist Party members by FBI informant Harvey Matusow (who later recanted) and [were] called up to testify to the House Committee on Un-American Activities in 1955. Hays took the Fifth...[but] Seeger...refused to answer on First Amendment grounds...Because Seeger was...listed in the entertainment industry blacklist publication, Red Channels, all of the Weavers were placed under FBI surveillance and not allowed to perform on television or radio...."

The decline of The Weavers: - (infol gleanes from 'wikipedia)

[From Wikipedia:] "In December [of] 1955, [The Weavers] reunited to play a sold-out concert at Carnegie Hall. [It] was a huge success, [and], a recording of that concert was issued by the independent Vanguard Records."

The recording of the Weavers' 1955 Carnegie Hall concert led to their signing for the Vanguard label."

Here (below) is an album of the best of their Vanguard recordings. [From Amazon:] "Freed of the ...string-laden arrangements of their studio recordings, this mostly live anthology showcases...their very best. The[y] could flat-out sing, and in front of an enthusiastic audience the experience is complete. 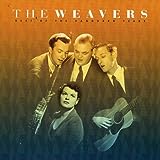 "In March of 1963, just after Hamilton gave his notice of leaving, the Weavers celebrated the group's 15th anniversary with two [great] nights of [sold out reunion] concerts at Carnegie Hall." Read the Wikipedia article HERE.

I've listed the first album below. You can find the 2nd listed with it on Amazon or eBay. For these two reunion concerts all the Weavers and ex-Weavers were on stage: Ronnie Gilbert, Lee Hayes, Pete Seeger, Fred Hellerman, Erik Darling, Bernie Krause, and Frank Hamilton. The first four were the original members of the group and the others came later and, in turn, replaced Seeger. They broke up for good the same year this recording was made.

Were The Weavers Christians?

As Anthony Trendl says: "No one ever thought of the Weavers as a faith-driven group. They are nowhere on the Larry Norman,Michael W Smith, Sara Groves Christian music continuum." Yet, Lee Hays was the son of a Methodist minister and could have sustained some of his father's beliefs. The fact that they were blacklisted for leftist leanings doesn't rule out the possibility that they, either individually or as a group, could have believed in salvation through faith in Jesus. Pete Seeger sang "Amazing Grace" on a recent tribute show on public T.V. But even before that, you can see some Christian influences in their songs. They always liked to sing "When the Saint's go marching in" and "Michael Row the Boat Ashore, " both of which speak of heaven, and sometimes they would throw in a Christian verse to an otherwise secular song (for instance "Rock Island Line." They throw in the verse: "Jesus died to save our sins, Glory to God, we're gonna see Him again." They didn't have to add that verse, but they did. And, oh, yes, there's the one they say they got from an old hymn book "I don't want to be adjusted to this world, I have a home that 's so much better..." even though they say in the introduction they sing it for its anti-psychiatric intent. And then there's this album (below) called "Gospel." William Ruhlmann says: "Given their reputation for being, well, godless Communists, the concept of a gospel album by the Weavers is curious on its face. In fact, however, much of the group's repertoire derived from folk and spiritual sources, sometimes with specifically religious subject matter, sometimes just with church-based origins..." Read more of this quote in Amazon Spotlight below. Check out all the quotes on this, judge for yourself and vote in the poll module below.

Continuation of quote: " In these tracks, compiled from their 1955-1963 recordings, the Weavers address such familiar inspirational material as 'When the Saints Go Marching In,' 'Sinner Man,' and 'True Religion,' as well as gospel-influenced folk songs like 'Follow the Drinking Gourd,'...." ---William Ruhlmann

I had this album and really enjoyed it. I think I lost it when we moved, so I may re-order it. I personally recommend it. I especially like "home in that rock" and "On my journey," but all songs are great. Their unique style makes each song a unique delight.--JMB 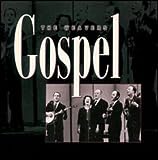 The songs on the above album: include: 'Michael Row The Boat Ashore', 'Follow The Drinking Gourd', 'On My Journey', 'I've Got A Home In That Rock', 'In That New Jerusalem', 'When The Stars Begin To Fall', 'Run', 'Sinner Man', 'You Made Me A Pallet On The Floor', 'True Religion', 'Twelve Gates To The City', 'When The Saints Go Marching In.'

If you will allow me another another quote, Anthony Trendl says: "They did not sing for money, but for what they believe. No one ever thought of the Weavers as a faith-driven group.... What they have done, though, is collect the most popular Christian folk songs and play them well. I love 'Go Where I Send Thee,' and suspect I am not alone in my appreciation of 'When The Saints Go Marching In'. The Weaver's version of 'In That New Jerusalem' is so part of our public consciousness that it is easy to forget it is laden with lyrics drawn from the Book of Revelations. ....

I fully recommend it. The Weavers 'Gospel' is a fun addition to both folk and Christian music collections."

Could The Weavers have been Christians (individually or as a group)?

Amazon Spotlight 4: The Weavers on video - Watch the story of their blacklisting, as you listen to their reunion concert.

As great as it is to listen to them, to actually watch them perform would really be an amazing experience. Although it may be too late to see them in peron, through the miracle of technology, we CAN now watch them. The wonderful 1982 documentary (below) captures a reunion performance at Carnegie Hall in the early 1980s of the now-aged Weavers. The film blends contemporary footage of the concert with background about the intemperate, intolerant times in which the group first emerged. It provides solid history of the McCarthy era, when the Weavers, [on top with two No.1 hits, found themselves blacklisted as suspected Communists. The video is great to watch!

As Marshall Fine puts it, "The older-but-wiser Weavers are a marvel: still musically adept, radiating the same kind of positive attitude and questioning sensibility that made them seem so threatening to right-wing forces in the early 1950s.

"Their voices fit together perfectly, as though they'd never stopped singing together. A must-see story...that captures the sorry history of the period and the transcendent spirit that kept these musicians vital and committed in the face of brutal political pressure."
----Marshall Fine
I agree hartily---James M. Becher

The Weavers: Wasn't That a Time!
Buy Now