Do you agree that death of one parent is better than divorced parents for kids? I know both are bad but then also which one has more advantage if thinking about kids?

Life of a single parent

We all have heard about single parenting and you know it is a big challenge for parents.

We see deaths of one or both parents, sometimes divorce too, can have a bad effect on the mind of the child, so I will discuss over here something about children with single parents.

What should parent and relatives do and do not do?

It is an issue on which I can only say that it is very unfortunate for a child to have only one parent beside him/her. Both the parents are equally important for a child. As far as remarriage is concerned, I think there is no harm provided the stepparent understands the responsibilities towards the child.

There is a case in my neighborhood where the child has only one parent, but there the grandparents are there to fulfill all the needs of the child but still I can sense a feeling of emptiness in the child's life.

I would say for those who plan to divorce, they should just give one more chance and think on their relationship, as there are more lives involved in it. It is very painful for the kids to understand divorce and sometimes it makes the kid's life a hell.

For example, a very close friend of mine had divorced. She has two kids, one is 8 years old and other one is of just 1 year. I feel really bad for the elder one who is seeing all this proceedings going on in his life. He all of a sudden looks so mature. My friend is also going through a financial crisis and the elder kid is handling it so well. I feel bad that he has seen the good times and now he has to see this, as for the younger one the baby will never know her dad properly at all. What worries me most is that my friend is building up a negative picture of the dad in front of her kids. I really do not know how it will affect the elder ones thinking? So tell me is it right to show the bitterness of the relation in front of your kids?

Another instance is of my own uncle who married a widow with a 10-year-old son. As the time passed by, the boy is so attached to my uncle, it is a real joy to watch them, so I feel he is the right kind of person as a step dad and the mom is really as good for the kid.

It is very disheartening for any kid to be in such a situation. Depending on the age of the child, the decision of remarrying will have a positive or negative effect.

I have two cases in my extended family where remarrying has certainly helped, but the kids were not more than 9 years. It takes a lot to adjust with the new parent and the more old the child is, this transformation of surrounding takes longer and is more stressful.

My opinion is that it is important and helpful if the parent remarries. A child requires both the parents for a balanced life and growth.

Children with single parents whether it was separation due to death or divorce is painful and kids suffer but in a different way.

The success with single parenting 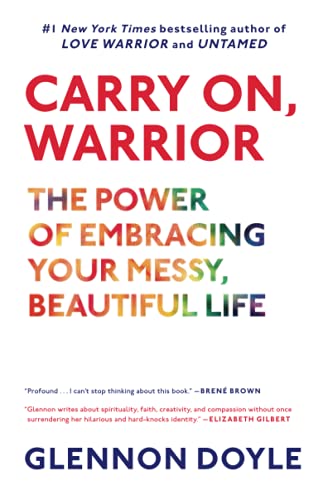 Carry On, Warrior: The Power of Embracing Your Messy, Beautiful Life
Buy Now

What happens if there is death of one parent?

The kids go through a number of phases.

There is a good factor for the lost parents. When the neighbors or relatives say your dad was a gentleman and loved you madly or your mom looked like you and she was very caring. The kids think they had the best mom/dad in the world and miss them badly in the special occasions.

Life is miserable in case of divorced parents

Kids go through a phase where parents fight all the time, at times abusive. The heated argument moves forward to legal battle, mud slinging, allegations, which are very painful, especially if kids understand what is going on. Then, comes the custody battle and finally child lands to one of the parent's place. The story doesn't ends here. If the child is with her mom's family, then they (her family) talk all ill about the father and the boy gets the impression that his father was the disgusting person. Similarly, if the child is at dad's place, then their family talks ill about her mom and child thinks that her mom was the villain.

Things are still fine when both parents stays in one city but when world is getting small, this is not an ideal condition and very often both parents stays in different cities or may be different countries and kids tends to meet a few times or may be just once a year. Also, one of the parents with whom the kids stay may feed that do not meet the other person, but the kids have the desire, so may be will develop a secret relation with the other person, so here there might be a slight mistrust.

The bottom line in case of divorce is that kids live a half-hearted life, very traumatic and most probably loses respect for one of the person.

If you go by research, these kids when grow up have a tendency that they may have a disturbed adult or married life. The divorced parents are worse than the death of one of the parents.

When the kids are small and do not understand much, then they can be moulded in the way you want. You can even get remarried and the child may be happy. The situation becomes complex when child is mature enough to understand relationships. It becomes difficult for the child to take side of real dad/mom or step dad/mom.

One of my old friend gave me a very valid point to try to save the marriage. When people get married whether love or arranged, they think we are going to be the best couple but a few months or year down the line, life takes an ugly turn. You reach a junction where there are two roads. In one road, couple fights all the time, very abusive but people tend to stay together for the child but they keep on fighting which has really bad effects on the kid.

There is another road when enough is enough and people get separated and the kid finally stays with one person. Mom is happy, dad lives peacefully but what about the kid again? The answer is kids do suffer in either way.

The pros and cons of single parenting

PROS: It is always better to be a single instead of fighting in a violent and barbaric manner. Single parenting is always preferred over violent parenting. Everyday quarrel and family battle leaves a bad impact on the mind and body of a child. Single parenting is suggested where either the parents fight in an abnormal manner and where one spouse is treating the child in a violent manner.

CONS: Insecurity creeps in the mind of the child on losing any of the parents due to death or divorce. The child is less confident as compared to others. Child becomes restless and dissatisfied with life. Sometimes erratic behavior on flimsy issues is noticed in the child. The child is prone to bad company at times due to less care and support. If the aggrieved spouse remarries, even then the chances are very less that the child would be normalized as the other spouse cannot love that child "naturally", but remarriage can be suggested where even the married partner has kids of the same age group. Things may turn normal.

At some point in life, child of single parent is more possessive about his/her spouse. More confident as well as more risk taker and sometimes more right choice maker as he/she had no one to support or show around and tell to what happens when you do this or that and also to support in bad times. These kids learn through direct ups and downs through their decisions as well as when they know no one is around to safeguard them, they are better survivors in life.

Sometimes the kids become overconfident and can also achieve what the others dare not. Its not this that parents are the ones who are actually responsible for overall growth of their children. There is a godly factor as well and we call it luck sometimes. No hard and fast rule that who is going to win in this competitive scenario but surely the single parent child is at the less advantageous stage and whatever he has to do in life, he has to put in more hard work as compared to others.

It is also true that the overall personality development of child depends upon his/her environment. His/her family, surroundings, relatives, friends, school, etc. play a very important role in his/her development and in that, family comes first, so naturally single parent family will have effect on the development whether adverse or not.

A book for single mothers

I have just finished reading a book on single parents (more precisely on single mothers) "Home Truth" by Dipti Priya Mehrotra. It is a very good book, though its scope is limited to single mothers. I wish we all should read it.