How to stop bullying 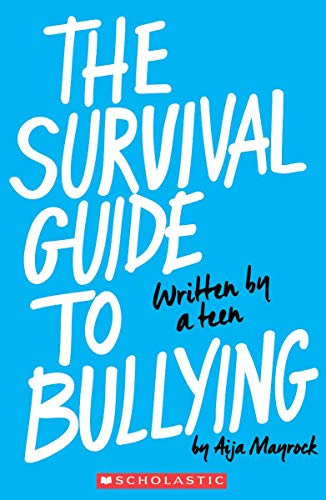 The Survival Guide to Bullying: Written by a Teen
Buy Now

Kids have plenty to deal with at school, especially at the middle school and high school levels. Besides reading, writing, math, band, gym, and other assorted classes and activities, they have to figure out complex social relationships and deal with bodies that seem to be changing on them every day. Throw in the problem of bullying -- which seems to be getting worse in both its occurrence and consequence -- and we should be thankful as adults that we've already made it past that stage.

A quick glance at Internet news sites will show a disturbing picture. Seth Walsh, 13, committed suicide over long-term bullying. Asher Brown, also 13, and Tyler Clementi, 18, are two others. Regardless of the exact techniques, words, or attacks, and regardless of whether a kid is male or female, gay or straight, bullying is something that can forever damage a child's psychological well-being and can lead to suicide or other destructive behavior.

Often the school system alone will not work to completely protect your child. Here are some tips to stop bullying before it gets out of hand.

Bullying is a serious issue in today's schools and can be a matter of life or death for your child. Be a friend and a protector to your child and let them know you'll do whatever you need to do to keep them safe and make them happy.

In response to several suicides among teens who were gay or whose peers believed they were gay, Dan Savage and his husband Terry Miller created the It Gets Better Project. The goal of the project is to let teenagers, particularly those in the LGBT community, know that they won't have to put up with bullying forever. The project also seeks to give teens advice for getting through their current problems.

The It Gets Better Project has spawned tens of thousands of videos from people of all walks of life, including celebrities like Lady Gaga, Kathy Griffin, Jennifer Love Hewitt and many others, and government officials like President Obama. Businesses like Google, Apple, Sony, and Microsoft have also sponsored videos for the project.

In his video contribution to It Gets Better, President Obama had this to say:

"We've got to dispel this myth that bullying is just a normal rite of passage; that it's just some inevitable part of growing up. It's not. We have an obligation to ensure that our schools are safe for all of our kids. And for every young person out there you need to know that if you're in trouble, there are caring adults who can help."

You can help, too. Head on over to the It Gets Better website to pledge your support in the battle against bullying.

Have YOU been bullied?

Have you personally experienced bullying at some point in your life?