Children can get bored sitting in the car on a long car trip. The age old questions "When will we get there?" and "Are we there yet?" are still being heard by parents! Luckily, we have portable videos and dvd players available, but what do we do when the battery gives out or those activities are exhausted? Also, how can we get the kids to interact with the family? Would everyone like to try something different?

How about trying some favorite word games? A child and parent, or any number of a family can play these games. These activities have been handed down through generations.

Our favorite family car game is ABCs or the Alphabet Game. Each family member playing starts by looking for the letter "A" on road signs, buildings, license plates, or anything outside of the car. Each person begins at the same time and shouts out the letter as they find it. Next, "B" is looked for, and so on in a race until the first one to shout "Z" wins. Older children like to go as fast as they can. Children that are too young to compete can help another child or parent. Or, if all the children can't handle the competition, everyone can look for an "A" at the same time, then everyone looks for a "B" (cooperating so that it doesn't matter who sees the letter first and everyone wins). ABCs keeps the children looking out the window and is a good break from close up activities. It is especially good if you have a child prone to car sickness because it keeps them looking out the window and might prevent them from getting motion sick.

Good for the Road

My husband's family used to play this and it was handed down to ours. A child would need to understand rhymes to participate. Each player takes turns thinking of a "Hink Pink" or "Hinky Pinky", and gives everyone else clues (not using the real words) to figure it out. The first one to get the answer wins. Hink Pinks are one syllable rhyming words, and Hinky Pinkys are two syllable words that rhyme.

Best Travel Activity Book Ever
This is a travel activity book for ages 4 through approximately 10, with coloring pages, mazes, and dot to dot.
Buy Now

A child or parent takes a turn thinking of an "animal," "vegetable," or "mineral," and lets everyone know what category he or she has chosen. The animal category can be a living thing (except for plants) such as a dog, ladybug, lizard, goldfish, etc. The vegetable category can be any plant, fruit, or vegetable; for example, it could be grass, a carrot, an apple, an oak tree, or a daisy. The mineral category includes manmade items or nonliving items such as a toaster, car, house, stop sign, or even a quartz rock!

The other family members take turns asking questions and can only receive a yes or no answer. For example, the one starting says "I am thinking of an animal. " Examples of questions in the animal category would be: Does it have 4 legs? (No) Does it have 2 legs? (Yes) Is it a bird? (Yes) Is it brown? (No) Have you seen one in our town? (Yes) Keep going until someone gets the answer on their turn, or, if everyone is stumped by the time 20 questions is reached, the "thinking" person wins.

More On The Road Fun 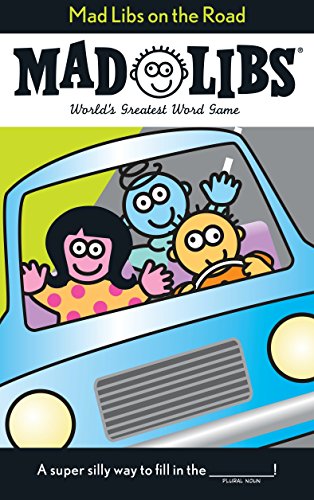 Mad Libs on the Road: World's Greatest Word Game
My kids love Mad Libs. This is for ages 8 and up. You need two people, one to fill in the blanks of a story with adjectives, verbs, adverbs, or nouns that the other has supplied. The one supplying the words does not know what the story says, so the filled in blanks make a hilarious story! Refresh your memory of nouns (person, place, or thing), adjectives (describe a noun), verbs (action word), or adverbs (describe a verb: for example, smoothly running).
Buy Now 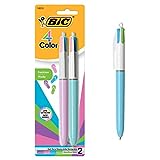 You can buy car bingo games, or make your own. Children love searching for objects out the car window and seeing who can get a row on a bingo card first, or even "black out" when all items on the card are found. You can use a pen, pencil, or crayon, and x out the pictures on a homemade bingo game. More permanent bingo games can be made on cardstock, laminated or put in a clear cover, and erasable crayons or markers can be used.

Simple bingo cards can be drawn on paper by drawing 5 by 5 grids and adding pictures. The pictures can be very simple as long as the idea gets across, and can include the name, also. The same items should be on each player's card, but in different positions on the grid. This gives an element of chance, along with the race to find the object. These cards are done quickly and can be thrown away later.

Here are examples of items to use in a homemade travel bingo game. You can adjust the types depending on where you will be traveling (country? city? points of interest?):

Another idea, if you don't want to make a bingo game or buy one, is to play a type of "I Spy". A parent can say "Who can find a bus?" "Who can find a bird?", etc. and children will try to "spy" the object (outside the car). When they see it, they yell "I Spy" and they win.

Can You Find These While Traveling?

Travel Auto Roadtrip Bingo Vacation Game Family I SPY Set of 3 (Colors may vary)
There are 3 already prepared bingo games in this set. Look for various items and slide the shutter to mark the space. Each has a few different items on it, so they can be traded and a new game started. We loved these when we were kids! They can be used over and over.
Buy Now

Our family plays this game in the car or whenever we are bored. It is based on an old TV game show, You Don't Say!, and is similar to Charades since you try to convey a Book Title, Famous Person, Famous Character, Movie Title, TV Show or Song Title. It is not an acting out game, but a verbal game, so it is best for older children.

To start, one person thinks of a title or name and gives clues that sound like words or syllables of the title or name. The clues are not allowed to give away the answer by giving a complete description. They are given to sound like the other syllables or words, and should not give the exact word.

Wikipedia gives this example from the television show:

Clue #2: The automobile is more commonly called a... (Car)

Clue #3: George Washington is on the one-dollar... (Bill)

You would not describe Tinkerbell as a Disney fairy that sprinkles pixie dust, but rather give sound-alike clues for the syllables in the name. When TankCarBill is sounded out, then Tinkerbell comes to mind.

Here is another example:

Clue #2: A shortcut on the computer desktop is called an (Icon)

Clue #4: The little girl played with her pretend baby (Doll)

It helps to say what category you are thinking of such as Movie Title, Famous Character, or other, before beginning with the clues. The first person to get the answer wins.

This game requires quite a bit of thinking. This will surely pass the time on a long stretch of road!

No Mess Activity for Ages 3 to 5 Years

Here is something for the younger ones, ages 3 to 5 years. This includes a 12 page wonder activity book and 4 color wonder markers, a portable writing surface, and storage!