Are you sick of the same old pudding recipes? Buy the instant box, mix with milk, chill and enjoy. Has it gotten old?

If you like pudding but would like a twist to your normal pudding concoctions, this is the recipe you have been looking for. While the twist is in the pudding, it tastes like you are biting into a delicious Reese’s Peanut Butter Cup. Who can resist those tasty treats?

This recipe is simple to prepare, with the hardest part being the ability to find the cook-and-serve pudding mixes. It is just one of the many different recipes you can find through Taste of Home.

Every cook knows the first time making a recipe usually shows how much easier it could be the second time with a few changes. While this recipe is pretty easy to make, and there is not much I would change to make it easier, her are a few tips I learned.

1. This recipe can not be substituted with instant pudding mix. You need to purchase the cook and serve otherwise you will not be able to melt the peanut butter into the pudding.

2. Prepare your ½ cup of peanut butter before heating the pudding. The pudding requires constant attention while over the heat. If you stray, you could end up with the pudding starting to stick to the bottom. In addition, I used a whisk to mix the pudding while I was heating. A spoon is much more effective in ensuring the pudding doesn’t start to burn at the bottom of the pan.

3. Make this pudding with plenty of time to spare. When chilling the pudding, it can take some time to finally cool.

4. For a variation, if you are making this for a large group of people, try layering more pudding. I had some instant vanilla and butterscotch pudding on hand that I couldn’t use to mix with the peanut butter. I had prepared this the night before for supper and we never got a chance to eat it. To avoid the pudding going to waste (and because I wasn’t sure the initial was going to be enough for a big group of people) I layered my combination of the two instant puddings into the dessert. This did not really alter the taste much (it made the peanut butter less intense) and it made sure there was enough to go around.

Other recipes to try

Overall, this is a great recipe to try. It doesn’t matter if you are making it for a simple at home dessert or if you are bringing it to a party, this recipe is sure to get several compliments.

If you are watching your weight, this is probably not a good recipe for you. Just one serving (1 cup) of this recipe has 399 calories and 20 grams of fat. Other stats: 11 mg Cholesterol, 317 mg Sodium, 49 g carbohydrates, 3 g Fiber, and 12 g protein. If you are on Weight Watchers, that amounts to a total of 9 points per serving.

Overall, healthy-wise, this is probably not the best option, but because it is rather tasty treat, it is definitely something I would say go ahead and try. It is easy to make and will definitely give your pudding a twist if your sick and tired of the same old pudding recipe. 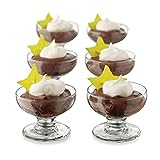 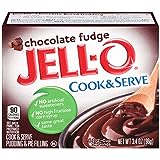