Gazpacho the Taste of Summer

Gazpacho is a traditional Spanish cold soup. It is served through out Spain and Portugal and Latin America. It I also favored in New Mexico USA! Gazpacho originated in Spain around the 12th century. This traditional cold soup is made with sun ripened freshly harvested red tomatoes and/or various other fresh summer vegetables.

It is always served cold and provides a nice refreshing cooling dish for the hot summer months. Often Gazpacho is served as a drink over ice cubes.

Many traditional Gazpachos include olive oils, vinegars, and garlic. There are many Gazpacho recipes that include avocados, watermelon, and grapes. Additional spices may include garlic, oregano, and cumin. In this recipe I have used tomato juice but you will often find other traditional recipes made with beef, chicken or milk or cream. Each family creates a Gazpacho that maximizes the fresh ingredients available seasonally in their area. Other ingredients chopped and added at the very end may include ham (jamon) and hard boiled egg (huevo.)

Gazpacho is not a Midwestern USA staple but it should be because tomatoes are extra flavorful when grown in the Midwest USA. I think if Midwesterners would give Gazpacho a try they would fall madly, deeply and happily in love with Gazpacho.

I am very much a fresh tomato fan and to that end, I have adapted the Gazpacho recipe to showcase fresh tomatoes. The tomato is the star in this dish! So, the cucumbers, onions and cilantro could only be in this soup if they promoted the fresh taste of home grown tomatoes.

I do think this Gazpacho tastes like summer, if summer had a taste!

Peel and remove seeds from cucumber and chop

Chop the jalapeño Be sure to use your throw-away dollar store plastic gloves while you remove the top, inner membrane and seeds of the jalapeño. If you want more heat you may leave in the membranes or seeds. I keep the tomato the star and only use one jalapeño.

Add the remainder of the ingredients including the cilantro (roughly chopped)

Roll the limes on the counter to pre-squeeze it a bit, cut the limes in half and squeeze both limes into the Gazpacho. Limes are VERY important in this dish.

Add salt and pepper to taste

Place in fridge for no more than 30 minutes. This is best fresh.

* I use my hand blender for many things. The first time I saw Gazpacho made was years ago in a 1988 Spanish movie by Pedro Almodovar, Women on the Verge of a Breakdown (a black comedy) and the character used a blender to make her Gazpacho. I used a blender for years until I figured out how much easier it is to clean a hand held blender than dismantling and cleaning the counter top blenders. Anyway, you may use your counter top model if you wish but as for me, I will take the easy-peasey way.

BTW Pedro Almodovar helped ‘discover’ Penélope Cruz and aren’t we all better off for that too?

Easy Use and Cleaning Hand Blenders 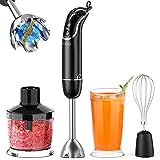 Lime Squeezers Save Your Hands! 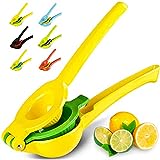