Ginger has enjoyed a prominent place in the culinary world as a popular ingredient in dishes from main courses to desserts. This flavorful spice may taste good, but it also benefits the health in a surprising number of ways.

Although the ginger ale sold in stores today isn’t necessarily made with real ginger, when someone’s stomach acts up, the first thing they reach for is one of those carbonated drinks. Ginger has long been used to sooth upset stomachs which resulted from a broad range of problems.

It was first recorded as being used for this purpose in ancient China. Ginger factored strongly into many seafood dishes to counter the effects of food poisoning from the fish and shellfish the people relied upon for sustenance.

The Greeks later discovered this advantage through the mechanics of trade, and adopted the root for similar purposes. Instead of including it in their main dishes, however, they baked it into sweet bread served after the main meal. As with many desserts, the therapeutic nature of ginger is what helped it become possibly the first cookie in recorded history - the ginger cookie. That humble confectionery is what later became gingerbread men and elaborate gingerbread houses.

The root has grown in popularity from there. It’s consistently been used in teas or soups as a remedy for stomach upset, diarrhea and stomach pain.

In later years, it was studied in the hopes of treating ulcers. Scientists discovered that ginger possesses an enzyme very similar to one that naturally occurs in our stomachs to aid digestion. This enzyme may be why it’s so effective as a stomach soother, especially when it comes to ulcer discomfort. Some studies have demonstrated symptom relief in ulcer sufferers when they were given this root.

It’s also an antispasmodic, which means it relaxes the smooth muscles lining our digestive tracts, and the uterus. Ginger is often used successfully to ease the cramping that comes with menstruation. At high doses, it can bring menstruation on. However, it can help with the nausea morning sickness brings at low doses.

There is also evidence that it can help with the nausea associated with some medical treatments, like chemotherapy, medication reactions and after surgery.

In fact, there’s enough scientific evidence to back up its usage as a stomach remedy that Commission E in Germany, their equivalent to the USA’s FDA, has approved it for motion sickness as well as indigestion.

I often add ginger to soup or eat it raw when I’m suffering from indigestion, or have a bad intestinal reaction to something.

One of the many uses ancient healers had for ginger is to help with heart related ailments. They must have seen success, as it’s still used by herbalists and alternative medicine practitioners for the same thing.

It’s been effective enough that studies have been done, and are continuing to be done for that use. One study published in the New England Journal of Medicine demonstrated that it can reduce cholesterol. Others have shown that it also lowers blood pressure and can prevent blood clots.

Another aspect that crosses over into disorders like asthma, arthritis and other issues related to swelling is that it can also be a great anti-inflammatory agent. Inflammation is also a contributing factor to circulatory system problems.

Because of its blood thinning ability, it’s always a good idea to talk to your doctor about using it medicinally if you’re already on blood thinners, or have a clotting disorder.

Perhaps in part because of its anti-inflammatory properties, ginger has been used for ages to treat respiratory and throat infections. It brings down the swelling that causes some of the pain and discomfort associated with these ailments.

However, it has also been shown to kill some strains of the influenza virus. When combined with honey, it can kill some antibiotic resistant bacteria. This study showed that a combination of ginger extract and honey is more effective than common antibiotics against the MERSA bacteria, which demonstrates great potential in the treatment of these horrific infections.

Even if nothing comes of these studies, there’s no reason why we can’t drink some hot ginger tea with honey when we’re feeling under the weather. Another popular remedy many people swear by is a combination of ginger, lemon juice and honey. The lemon adds the advantage of vitamin c and added acidity to the advantages of ginger and honey.

Because ginger is a natural antispasmodic, it’s a common remedy for painful menstrual cramps. Like the stomach, the uterus is lined with smooth muscles. Ginger relaxes those muscles, which eases the cramps that come with menstruation. At least one study has demonstrated its effectiveness in this area. To treat these cramps, a brew of hot ginger tea is usually recommended, though it is available in pill form.

Oddly enough, ginger can also bring delayed menstruation on. This may seem counter intuitive, but it has been effective in countless situations. The difference lies within the amount of ginger consumed. At low levels, it should be safe for morning sickness, and may be very effective in treating cramps, but at higher levels it will promote a delayed period.

If you’d like to try ginger for this use, consult with a midwife, doctor or herbalist, first to identify underlying problems and proper dosage.

In addition to soothing the nausea associated with some mainstream chemotherapy cancer treatments; there are ongoing animal studies which show some promise in potential use in cancer treatment. In these studies, ginger has been associated with the shrinkage of some tumors in the animals. More study needs to be done, but it may eventually offer an alternative to the harsh options available now.

Another study in 2006 shows an interesting proclivity of ginger towards killing ovarian cancer cells. In the study, scientists exposed human ovarian cancer cells to a ginger extract, at which point the cells either died or self destructed. This avenue is still in its infancy, but it may eventually result in another option for ovarian cancer patients.

At risk patients may be able to lower their risk of colo-rectal cancer, as well. Due to its anti-inflammatory properties, it may reduce swelling in the colon, which is a huge risk factor of developing cancer there. This study supports that idea, as does the fact regions in which ginger is popularly used in dishes generally have a lower rate of this type of cancer.

Always ask your doctor before implementing any kind of medical treatment. Ginger may interact with certain medications, like blood thinners, so if you're on medication, talk to your doctor about those possibilities.

The content of this article is not intended to act as medical advice. It's for informational purposes only.

Ginger has also gained a reputation as a natural energy booster. There are commercial energy drinks available which contain ginger as an ingredient, and folk wisdom tells us that it gives us energy through warming us from within.

Although I couldn’t find any studies to support this claim, it does make sense. Between its circulatory system encouragement and anti-inflammatory properties, it allows the body to dedicate more energy to effective function when the spice is used properly. Healthier digestion also allows better nutrient absorption, so the body is able to use its fuel – food – more effectively.

Regardless of if you believe in the medicinal benefits of this herb, cookies, seafood dishes and tea taste wonderful when ginger is added. People all over the world will attach fond memories to this humble rhizome. 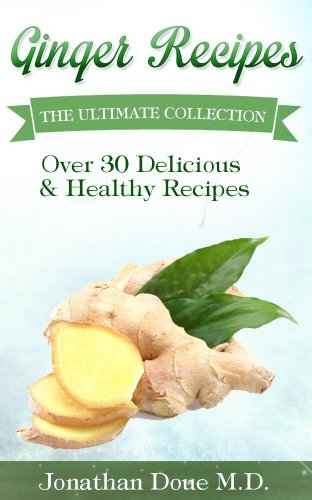