Greek yogurts have enjoyed increased popularity in the United States, especially in 2013. This is true despite the fact that a cup of Greek yogurt is twice as expensive as most like-sized cups of other styles of the dairy product in many consumer market areas. Moreover, the production of the newer style of yogurt is shown to produce an overabundance of acid whey waste matter that has caused extreme problems in places like Upstate New York.

Justin Elliott in the Modern Farmer online tells us that farmers in Upstate New York are quite concerned about the effects that acid whey from Chobani yogurt company has on their farms. One dairy farmer reports that without fail, he receives a truck carrying 8,000 gallons of acid whey driven onto his farm twice a day 24/7/365. This is 112,000 gallons very week. Sources vary on quoted amounts, but for approximately every four ounces of milk processed, only one ounce of Greek yogurt can be produced. All the rest is acid whey, which is illegal to be dumped.

Dumping acid whey in ponds, lakes, and rivers is horrid, because its decomposition in the waters takes away oxygen. Cheese whey is very much like the acid whey in question and in my state, the Minerva Cheese Factory dumped cheese whey into Sandy Creek, depleted oxygen, and killed 5,400 fish needlessly in 2008. The cheese company corrected their disposal procedures and equipment and paid a fine of $6,067, while the few fish left in the dumpsite were aided by aerators (like larger versions of those used in aquariums) used by the Ohio Department of Natural Resources (Reference: Salem News). The fish were able to repopulate the portion of Sandy Creek in Minerva OH that had been harmed.

Manufacturers of all types of products must monitor their equipment and disposal processes on a routine basis to prevent enironmental mishaps and to prevent harming humans as well. The Minerva area catastrophe could have been averted. However, the Amish cheese manufacturer took quick corrective action. The company uses only local milk, from Amish dairy farmers. 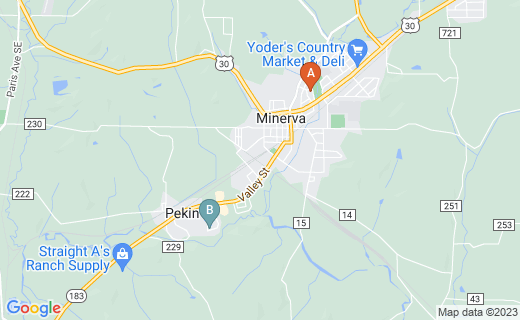 The production of the increasingly popular Greek yogurt, which many people say is more like cream cheese than yogurt, has tripled in the State of New York between 2007 and 2013. In fact, the New York Times has reported that it is now a $2,000,000,000 industry in the USA (reference: here) and about a third of all yogurt sales here,but increasing.

The Times warns readers that some manufacturers go beyond the usual milk-and-active-cultures ingredients to add things to quicken the production process - like protein powder and gums. However, good quality product can be used in savory or sweet dishes or by itself as a snack, in alcoholic drinks, and in other concoctions.

The large amounts of acid whey produced yearly must be handled properly without hurting the environment, animals, or humans, if the yogurt is to continue to succeed in American market areas. Acid whey is a toxic waste product.

How can we dispose of acid whey and even make a profit from it?

The farmer mentioned at the head of this Hub mixes it with other materials and feeds it to his cows. That makes me cringe as much as when I hear that chickens eat chopped waste chicken parts on some poutry farms in Ohio. When I mention it, soneone always makes a Solyent Green joke.

The New York farmer above uses some of the acid whey as fertilizer - how much is likely controlled by government regulations - and he uses some to produce biogas (methane) for electricity. If we can convert more of it to biogas for electricity, I think that is the solution. However, it smells bad and neighbors of the farmers making the biogas fron the yogurt whey complain. In fact, I had one patient that suffered brain damage from inhaling constant methane produced by his pig farming neighbor, so a health factor may even by in play.

How acid is the acid whey? - Elliott says it is as acidic as orange juice (average 3.5 pH) and that's substantially acidic. Its main ingredient is sugar and the whey upsets the cows' stomachs.

Now scientists feel that human babies can consume acid whey, or at least the miniscule amount of protein in it. Should they? Other suggestions are to make it into bodybuilders' whey supplements and to use it in baking bread and in other cooking techniques.

Ingredients from the packages and websites of some of the leading Greek brands. Many sources agree that real Greek yogurt contains only milk and live/active cultures.

General Mills company was sued in 2012 over allegations that its Yoplait brand Greek yogurt was an imitation -- Reference here. A class action suit seemed imminent.

Consumers were harmed because they were paying a premium for General Mills Greek yogurt compared with regular yogurt, the plaintiffs argue. Greek yogurt usually costs about 75 cents more per 6-ounce container than traditional yogurt.

General Mills suggested that consumers look for Yoplait Greek 100 strained yogurt in the future. However, it contains sucralose (Splenda®), to which some people are deathly allergic.

A district judge referred the case to the FDA in December 2012.

One of the few sources for good Kosher gelatin thickener that is made form grass fed cows in the Great Lakes Gelatin Company in Illinois. It is known if Yoplait uses this brand.

The company's official Kosher Certificate is on file at the company website, greatlakesgelatin.com. The corporation also lists that they have Type A gelatin from pigskin (non-kosher) and Type B gelatin from cowhides. In addition, the company reports using no allergins.

Other Suggestions From Farmers

One pig farmer from Vermont suggests that pigs be fed yogurt, acid whey and grass/hay from pastures. He says he buys no other pig feed. That might be a good solution.

On various discussion boards, long arguments exist and are ongoing about what to do with whey, not any of the suggestions very useful. However, one Hawaiian farmer mixes acid whey with other ingredients and creates a Black Soldier Fly colony of some sort that eats the whey and other wastes. Then he feeds fly larvae to his chickens as high-protein feed.

Chobani representatives told the Daily Reporter that their Greek yogurt whey is not harmful, because it just has a low pH and is not really acid, as in chemically added (but acidity is a chemical property and acid is already in the whey) -- What is acid if not a low pH?

I keep thinking about those 5,400 dead fish and the cows with the upset stomachs - and the babies that might be fed acid whey and possibly become ill. I have to pass on the Greek yogurt, as good as it sounds.