Follow Hank’s journey as he deviates from his life’s plan and miraculously finds his way to a better, brighter future.

My Uncle Johnny: Uncle Johnny was a scientist, specifically a food chemist scientist, being his official title, while working as a food chemist at the Lipton Company's Paramus, New Jersey headquarters in The United States. He played the big Timpani drums in the University of Toronto’s Symphony which dates back to the 1700’s no less. A very well accomplished genius in his own rite, but proved without a shadow of doubt that money was down the list of priorities to say the least, as you will find out.
He was credited with developing the formula for two of the world’s most widely used products that people on all continents eat and drink on a daily basis. I don’t think a dollar value could be put to these two products alone. Firstly was Lipton’s Instant Cup-Of-Soup, while, in my opinion, should have been warranted more awards than it did. After Lipton was done with their Patent and Trademark rights, thousands of factories in Asia popped up with a variation on the original theme. Secondly the really big accomplishment which got his name into the prestigious “Men of Science” magazine, was for, feels like it warrants a drum roll, “Instant Ice Tea”, YES INSTANT ICE TEA, the drink that, in my mind, comes awfully close to Pepsi or 7-Up type universal drink. I want to say Coca Cola, but that is truly in a league of it’s own. Nevertheless, the monetary value of these two products, even wildly guessed at, makes my head spin, especially considering the morals Uncle Johnny had, which caused him to leave the workforce the last 30 years of his life, upon finding out how much cancer causing agents were allowed to be put in our foods.
Lipton’s Instant Cup-Of-Soup is not quite a household name when Uncle Johnny decides to set his sights on Nestle. At the time, Nestle is selling an instant “REAL” iced tea product, but something tells Uncle Johnny that that isn’t, in fact, the case.

Dangers In Our Food Supply

Pulling a few favors, he takes several bottles of the powdered Nestle substance back to the labs at Lipton’s and runs some tests. Within the hour, he’s taking the elevator up to the VP’s office, and making a case for producing real “REAL” instant iced tea. Turns out that Nestle's REAL iced tea is synthetic.

They give him the keys to the lab!

Until the next time he bangs on the VP's door.

While the Lipton marketing department is running taste tests with focus groups for their new Lipton Instant Iced Tea, Uncle Johnny begins a small, very small, focus group of his own. Night after night, for weeks on end, he begins feeding a whole bunch of other Lipton products to a colony of mice. They seem like the perfect control group – they work cheap, never complain and always show up for work on time.

As a food chemist, Uncle Johnny is used to breaking down compounds, a form of reverse engineering, only to build them back up again into even better compounds. While perfecting the perfect real instant tea and finding that the mice love it, Uncle Johnny is also feeding his mice the secret ingredients that Lipton helped design to enhance taste and preserve freshness.

Taste isn’t the only thing these chemicals enhance – over time, his little rodent associates are coming down with fresh tumors. Lots of them. “They had tumors as fast as I fed them,” Uncle Johnny confides to me years later.

After a period of testing and confirming the link between those secret ingredients and the tumors, Uncle Johnny goes back upstairs to the VP’s office and informs him that they’re selling cancer to the public. Tasty cancer, but cancer nonetheless. The practice, Uncle Johnny assures the VP, will have devastating effects on future generations.

It turns out that the VP is interested not only in instant tea, but also in instant gratification through instant profits. He tells Uncle Johnny to go back downstairs and, “Do your job.”

Uncle Johnny follows this advice for the next 15 minutes before telling the corporate suits, “Go fuck yourselves!” Which translates to, “I wish to tender my resignation.”
Integrity intact, within a few months, he lands a job with a U.N. hunger program, only to find a different level of corruption, incompetence and greed!

If All Scientists Were Like JJ Kagan The World Would Be A Better Place!

After his stint with the U.N., he takes a series of odd jobs, many paying him as much as 700 bucks for only a few hours. He works several months out of the year and lives a Bohemian lifestyle, traveling all around the world. (Making a lot of money for just a little work? Traveling the world and living the lifestyle of your dreams? Almost sounds like drug smuggling.)

Uncle Johnny probably even enjoys the occasional glass of iced tea. I doubt that it’s Lipton’s. He’d have been a billionaire if he played their game and pretended not to notice all the cancer causing agents being a large part in their products, and we’re not talking only Lipton Company, they are all the same.

After inventing his two world famous products, (and who knows if he invented others), he thought they were insignificant to mention. He only mentioned these two products in detail as well as his hand written paperwork to prove it, should myself or my cousin Harvey have a use for them at some point in the future. Sure enough a few years later he died, as if he knew death was around the corner. Three weeks before he died, he quietly, without telling a sole, emptied $3,300 bucks from his bank account and deposited them a few doors away to his sister’s bank account.

He cared so little about money, that the few thousand dollars in that account was all he thought he had. Yet I found 2 banks in the USA, Texas and Florida, plus he always talked about having bank accounts in Luxembourg, Belgium, Switzerland and who knows where else. Luckily we did find $88,000 in a bank in Toronto, but due to him not making a will, many years went by before a check was finally issued to all his nieces and nephews for $11,250.00.

Genetically, I may have been the beneficiary of Uncle Johnny’s free spirit, his sense of adventure and his adaptability. Maybe even his integrity, as odd as that may sound coming from a smuggler. I was scrupulously honest and never cheated anybody out of anything. Bernie knew he could always trust me.
And, like my uncle, I was also involved in chemistry. 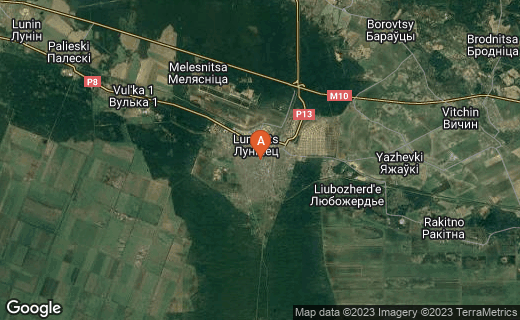 This is now in Belarus, but when my family lived there it was in Poland. They were fortunate to get to Canada in 1929 the year of the Great Depression

How Safe is Our Food Today?

Do you think our food that we buy in the grocery stores is safe to eat?