By its nature, fast food is practical and irresistible. It’s fast, reasonably cheap and taste quite good. Unfortunately, much of it is laden with rich calories, fat and sodium. In an ideal world, with knowledge of nutrition and health, we wouldn’t eat in a fast food restaurant ourselves, and we wouldn’t take our kids there either. However, this isn’t an ideal world. Sometimes parents are too busy to cook, or are running late for classes or football games. Sometimes it is the food teenagers can afford when they go out for the evening. Other times, we simply crave the stuff.

How to Make Fast Food Your Friend ?

Commercial advertisement and peer pressure creates a prominent place for fast food in the diet of children all over the world. It is difficult to think that your children will never eat fast food. A smarter way to handle this reality is to make fast food your friend, by helping the children to make better fast-food choices.

Most fast foods are rich in calories and fat. To get you started, we will just look at the three fast food restaurants below; we can see that most of the items with “Double” or “Bacon” are extremely high in calorie, fat and sodium. As the size double, so does the fat. These fast foods contain fat beyond 20g, and they are the list of food better to avoid.

However, not all fast-food choices are fattening. The industry has responded to public pressure by offering a number of lower-fat and lower-sodium items such as below. Basically, the tip is choosing the less-fancy, plain and simple burger, without double- or triple-portioned items.

Most kids love hamburgers, cheeseburgers and hot dogs, but not all choices are the unhealthy. I recommend for smartest choices, choose any item with 15g of fat or less as listed above. That gives your child some room for the side dishes such as French Fries.

For variety sake, some of the foods with medium fat content (between 16 to 20g of fat) are occasionally acceptable. 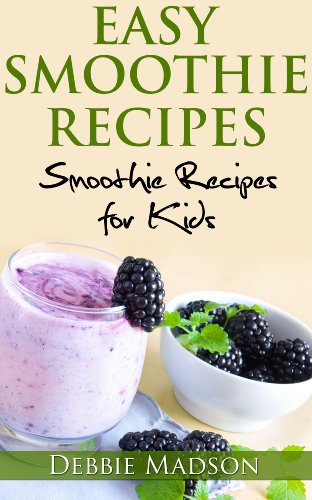 As the size of the burger increases, so does the fat. Therefore, watch out for items labelled “Double”, “Triple”,  “Large”,    “Extra-large”, “Super”, “Jumbo”; they should be avoided. Order instead items labelled as “Single”, “Junior” or “Small”.

Plain and simple hamburger with lettuce, tomato, onion and ketchup is good option. Avoid the supreme version with loaded Cheese, bacon, tartar, mayonnaise or mayo-based special sauces. Each slice of Cheese is about 100 calories. A tablespoon of mayonnaise will add about 100 calories to your meal.

A large order of McDonald’s French fries contains 25g of fat and 500 calories, more than a Quarter Pounder. That is a lot of fat for side order. If it is for craving sake, order a small French fries instead with only 11g of fat, and 230 calories. Generally, French fries and hash browns that fall between 10 to 15g of fat per serving are occasionally acceptable. Any potato with more than 15g of fat is better to avoid. Baked potatoes and salad vegetables are definitely better low fat choices, the critical element is the toppings or dressings. A 2oz packet of ranch dressing at Burger King will add about 37g of fat to your meal. It is better to ask for diet or no-oil dressings like McDonald’s Lite Vinairgette with just 2g of fat in each packet. There are a lot of fat for a side dish, so be sure to make smart choices.

Are they always high in fat ? Not so. The delicious shakes at McDonald and Burger King are made with low-fat milk with just 5 to 7g of fat.

Deep fried chicken is extremely high in fat. If you really want to eat it, choose the white-meat breast and remove the skin and breading. And exercise portion control.

Not a really smart choice. The best choice for a chicken sandwich is a skinless grilled breast. Cut out the extra mayonnaise, mayo-based sauce, tartar sauce, bacon, cheese and cheese sauces which add pure fat and calories to the meal. Add more vegetables instead.

Pizza can be a good choice if you order wisely. Choose thin-crust instead of deep-dish. Avoid fatty meat toppings such as pepperoni, ground beef and sausage which add up more fat content. Ham and salami are better choices. Avoid extra-cheese or bacon. So, a good choice is a cheese pizza with half the cheese, extra tomato sauce, mushrooms, ham or salami and loads of vegetables. Then, you’ll have a fast food that you and your kids can live with.

“The major health problem, facing our nation today are caused, in large part, by behaviours established during youth”, said Dr. Lloyd Kolbe of the Centers for Disease Control and Prevention. The greatest health risks for adult today are heart disease and cancer. So, start young, regret not later. For adults: it is still not too late to start now, and regret not later. 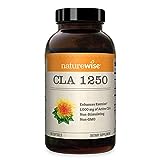 If you like what you have read, please "Vote up" by clicking the green button below or leave a comment. Thank you.