What is meant by red cooked?

Chairman Mao was born in Shaoshan, Hunan province. His favorite food was reported to be red-cooked pork belly and this is the recipe for it. The government officials in China are so protective of this dish that they provide official guidelines to restaurants in China as to how to make it. They even insist that it must be made from the local rare Ningxiang pigs.

You can make it with ordinary pork belly, which is just unsmoked bacon. Your local butcher should be able to supply you with this cut of meat. Otherwise, any Chinese grocery should have it. I suppose if you can’t find anything else, you could use salt pork but it is not the same and you will have to get rid of some of the salt first.

This dish can also be refrigerated of frozen for future use. It can also be used to make Japanese braised pork belly buns and similar dishes.

3 Scallions cut into three inch lengths including the green part

Changsha - the capital of Hunan Province 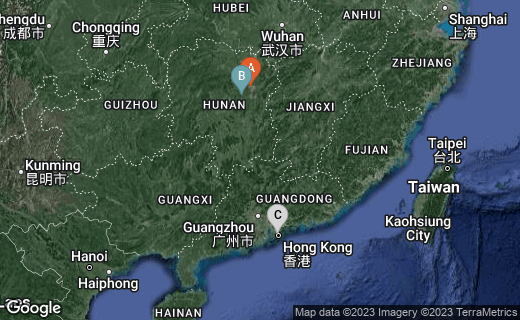