These are simply scrumptious! It is decidedly a grown-up quesadilla but don't be surprised if your kid munches down on one of these without realizing they just had nice helping of vitamin rich healthy kale!

Fry the bacon until crisp

Place the bacon drippings in a Dutch oven and heat.

Once heated sauté the onion and the garlic

Once the onions are transparent and browning begin placing the kale pieces in the Dutch oven by handful and stir.

Add ½ C. of the water as needed to keep the pot bottom covered in water

Put the lid on the Dutch oven and continue cooking until the kale is fully cooked; it will fully wilt and be tender but not mushy

Season to taste with salt and pepper

This should take 10-20 minutes. You almost cannot over cook kale!

Watch the kale and do not let the Dutch oven dry out. Add a bit of water as needed.

While the kale cooks a bit more do the following:

Heat up a cast iron or other skillet

Fill the heated tortilla with a crumbled cube of cheese, 1 T. or more green chiles and 2-3 tablespoons of the kale mixture.

Top with crumbled bacon (eyeball this and remember you are making 6 quesadillas!)

Fold over the tortilla and microwave for 45 seconds or until the cheese melts.

The cheese adds the grown-up extra sharp measure, the kale adds bith the grown-up and the crunchy sweet, and roasted green chiles that autumn hearty bite.

Kale is such a nice leafy green vegetable. It is easy to grow and inexpensive to buy. It is very low-calorie! Unfortunately, it is not served very often because people think it is too strong. That is because they don't know how to cook it. When cooked correctly it has a sweet edge to the taste.

Kale (Brassica oleracea Acephala Group) or borecole is a form of cabbage. If you research many vegetables you will find that many of them come from the cabbage plant! Kale forms a bunch of dark green curly leaves with a stout main stem. Kale is very high in beta carotene, vitamin K, lutein, as well as calcium. Kale is one of the cruciferous vegetables that are thought to prevent cancers too. I remind you that it is also inexpensive and very low in calories too!

Kale may be steamed, boiled, stir fry or microwaved. Cooks who cook kale well work with the robust flavor rather than try to minimize or ignore the full-body flavor.

Many cultures appreciate the leafy green kale. Some of the countries and regions that have a culinary history with kale include Netherlands, Great Britain, Portugal, Spain, Ireland, China, Taiwan, Vietnam, and East Africa. It would be worth your time to learn how to work with kale if you like to cook food from different cultures.

Oh, and those lovely spring and fall ornamental plants include a particular flowering kale which has purple and white leafy heads. Ornamental kale is edible providing it hasn't been doused with pesticides!

Kale is a wonderful addition to many soups as well. The flavor will enhance most Asian soups, chicken noodle soup, vegetable soups, and New Mexican soups! The robust full flavor with a tinge of sweet (if cooked right) adds so much to other vegetable dishes.

My Mom loved kale. She served it a lot. She usually pressure cooked it. I cook it in a Dutch oven but retain her basic ingredients with the addition of garlic. Also, I like a bit of chew left in my kale when I served it. If you use a pressure cooker there will not be much chew left in the kale leaves! I am quite sure Mom never thought about making quesadillas with kale either!

So Mom, this is my New Mexico Kale Quesadilla. 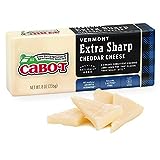