By now you may know that I am a lover of all things vegetable! The lowly and often forgotten Brussels sprout (Brassica oleracea) is a fine tasting vegetable when cooked correctly. It is also very healthy for you.

Brussels sprouts are small 2”-3” compact leafy heads that look like miniature cabbages. They grow on stalks that stand 2-3’ tall. Often, you can buy Brussels sprouts still on the stalk but more often you buy them loose and pay by the pound.

Brussels sprouts taste their best and sweetest when harvested after the first light frost. So, they should be easily found in the autumn at most grocery and vegetable markets.

Eating Brussels sprouts is almost like eating a magic food! Seriously, Brussels sprouts like broccoli and other brassicas have sulforaphane in them. Suforaphane is strongly touted as having potent anticancer properties. Brussels sprouts also are a nice source of indole-3-carbinol a chemical said to help DNA repair cells as well as block the growth of cancer cells.

Now add to all that healthy eating the fact that they are only about 45 calories for a loosely packed cup and what could go wrong?

Well, I’ll tell you what usually goes wrong. People way over cook Brussels sprouts and their whole house and kitchen stink with a sulphur odor. Over cooking also negatively changes the health benefits of the Brussels sprouts too.

· remove any loose or yellow leaves

· if some of the Brussels sprouts are very large, do cut them in half

The recipe featured here is a steamed recipe. However, Brussels sprouts are lovely when baked in the oven. Toss the above prepared Brussels sprouts with a bit of olive oil, and sea salt, and (if you want) some chopped garlic. Bake at 425° until slightly browning and easily pierced with a knife. This makes a done but crispy sweet Brussels sprouts.

Apple cider vinegar per instructions on the Italian dressing packet

Water per the instructions on the Italian dressing packet

I like to make the Italian dressing because that way I control the proportions of olive oil to canola oil. Olive oil is too heavy as the only oil but the taste it imparts is fantastic

OR use a jar of your favorite zesty flavored Italian dressing

One very clean quart canning jar that has been immersed or filled, lid too, with boiling water

Wash, trim and score the Brussels sprouts (see above)

Steam the Brussels sprouts until knife will pierce them, about 8-10 minutes maximum

Mix up Italian dressing while the Brussels sprouts steam

Pack the Brussels sprouts tightly in the still warm quart jar using a spatula but don’t smash the heads when packing them in!

Poor the zesty Italian dressing mixture over the Brussels sprouts

Refrigerate for at least 24 hours.

Serve on a relish tray, with salads, and with meats.

This will convert even the most stubborn Brussels sprouts detesters!

How many of you thought it was Brussel sprouts instead of the correct way Brussels sprout? Or am I the only one?

Steamer to retain vitamins and minerals 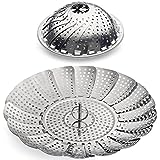 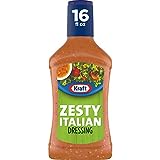