Fish is a great source of essential fatty acids including omega-3 and omega-6, which in turn are vital for healthy function of the circulatory, gastrointestinal, cardiovascular and neurological systems. As well as being a good source of protein, fish contain significant amounts of essential amino acids, A, B and D vitamins, calcium, phosphorous, iron, copper, selenium and in salt water fish, iodine.

How to Choose fresh fish

Try to choose that are in season in your area. They are normally cheaper, have better quality and flavour.

Getting your fish ready

Salt fish; soak for a short time in cold water, changing the water frequently to remove the salt

Frozen fish; thaw out in a warm atmosphere, not too quickly.

Frozen fish has less nutritional value than fresh fish owing to the fact that the ice cuts into the fibres and there is a loss of soluble protein during defrosting.

1. Wash under cold running water, do not leave to soak as this allows soluble nutrients to be lost.

2. Cut off the tail and fins, then scale. This is better done if placed on paper so that any scales that may fly off settle on the paper. Use the head and tail of the fish to make stock.

3. Wash in cold water, rubbing on salt to remove dark skin or blood. Dry in a clean cloth.

Cut down the centre of the backbone with a sharp knife. Starting from the bone remove the flesh all the way round. Two fillets are obtained from round fish.

·         With a sharp knife carefully remove the flesh from either side of the backbone, leaving it clean. Proceed to work on the outer edge.

·         Turn the fish over and fillet the other side in the same manner thereby obtaining four fillets of fish.

Place the fish on a board. Using a sharp knife and starting at the tail end, cut through the flesh. Keep the knife slanting with the blade on the skin and with a sawing movement ease the flesh off the skin, rolling the flesh away from the body. Dipping fingers in salt helps prevent slipping.

Baked fish must be cooked in a moderate oven, in a baking tin, and basted carefully with hot fat occasionally. Alternatively, place on a greased baking tin, season with salt, pepper and lemon juice and cover with greased paper. Allow 20 minutes for thin fillets, and for thicker cuts, allow 15 minutes to pound and 15 minutes over. 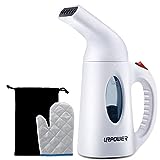 Remember that fish must be cooked at a lower temperature than most other food, because the flesh is delicate and easily burnt or broken by great heat.

The water in the fish kettle or pan in which the fish is to be cooked, must be brought to boil, and salt and a few drops of lemon juice or a tablespoon of vinegar added.

The acid is needed to keep the flesh white and firm.

As soon as the fish is put in, the pan should be moved to a cooler heat, so that fish starts off by simmering gently till the flesh looks white and flaky, and comes away from the bone easily.

About 7 or 8 minutes to every pound and 7 minutes over is the time usually allowed but a little longer will be needed for a thick, fleshy fish.

Both deep and shallow methods can be used when frying fish.

This is a suitable method for herrings, mackerel, smelts, sole, plaice, hake or cod steak, trout.

To fry in salt

This method is particularly suitable for herrings, which contain sufficient oil to fry it without any other fat being added. Use a thick based frying pan, and sprinkle it with salt.

Heat it up very slowly, and when the pan is hot, put in the scaled, cleaned, and dried herrings.

Fry on each side for 4 – 5 minutes until golden brown and crisp.

Fillets of fish should be greased, and placed on a grid stand in a baking tin.

Cook for 5 – 10 minutes, turn fillets over, dredge lightly with seasoned flour, put a few dabs of butter on top and replace under grill to brown and cook.

2. Prepare the fish and stuff.

Fillets of fish can be rolled round small quantities of stuffing,steaks of fish may be boned and the hole filled with stuffing.

Place in a baking tin, pour a little stock or milk over the fish, cover with greaseproof paper.

Allow the same time and temperature as for baking plain fish. Use liquid remaining after cooking for sauce.