As delicious looking as it is to eat.

My taste buds were in the doldrums some time ago after major surgery. Apparently that is something that happens to a very small percentage of patients who receive anesthesia for surgery. It seemed at the time it would never right itself. I thought Tabbouleh would be a great way to entice the taste buds, something I'd not made in a while but loved. Only foods with barbecue sauce seemed to be getting any interest. I prepared the Quinoa in this recipe in my Wonderbag.

I decided to try something new. Though bulgur is the more common grain used in tabbouleh, I wanted to bite the bullet and give the quinoa on the shelf a try. In searching around the internet, I found other people had been using it in tabouleh before me. There are some minor differences in nutritional value between the two as well as one whopping big one. Quinoa packs a complete protein combination, thus alleviating the need to combine menu items to ensure a complete protein in the absence of meat. I discuss tabbouleh at greater length on Jaquo.

5 stars from 1 rating of Quinoa Tabouleh 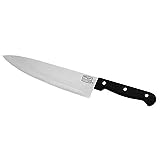 Chicago Cutlery Essentials Collection
I keep a fairly decent knife on hand for preparing salad makings. I don't have a need for a really expensive one.
Buy Now

Keeping It All Together 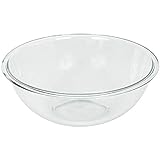 na 4QT CLR Mixing Bowl, Clear (6001043)
I love working with the clear Pyrex bowl because it has weight and is easy to manage. It's also easy to clean.
Buy Now 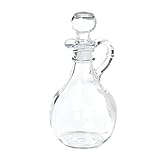 Anchor Hocking 980R Presence Cruet With Stopper
I like having an attractive salad-dressing shaker in the kitchen. This means I can prepare and serve from the same bottle.
Buy Now

Everything Has A Story

I love it when food has a history. Don't you? Tabbouleh, as we know comes from the Middle Eastern region, with its start being in Syria. It's interesting when a food style migrates and is integrated almost entirely in the original form in which it was first served. Take a moment to read this interesting article on Tabbouleh. I was first introduced to it many years ago along with hummus, another fave.

Have you tried quinoa before?

Variations on a Theme

Since I've mentioned hummus, I should mention one great thing is to combine the two. You can plop a dollop of hummus in the center of your serving of Tabbouleh if you like (I'd skip the garbanzo beans in the recipe) or you can spread a nice and thick helping on two slices of thick and crusty bread or in a pita pocket then put a nice helping of tabbouleh in the between the bread or in the pocket of the pita. If you're on the run, this can be carried in a bento container, for that quick moment you have to grab a bite.

In making this recipe, I varied a few things. I used cilantro [coriander or Chinese parsley] instead of regular parsley so didn't use the mint. The garlic, olive oil and lemon juice can be made before hand and allow to stand. This allows the garlic taste to infuse into the liquid before straining out the garlic. I used garbanzo beans, but could just as easily have omitted them and added hummus to my serving instead. There are several types of quinoa: red, black, and white. The only difference is a slight variance in cook time. Another optional ingredient would be a couple teaspoons of cumin.

Here's a conversion chart from US standard cooking measurements to metric units.