Bronwen is interested in food, diet, and creating recipes, as she has prepared family meals and organised church and home functions. 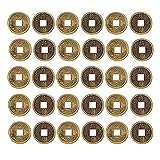 Chinese dumplings are a popular speciality in Taiwan. The local people love them for lunch or for important occasions. For visitors and expats living there, they are a whole new world of delicious and varied gastronomical delights.

Lunar New Year Dumplings: Chinese dumplings are known as Jiăo Zi and are linked to the Lunar New Year festival. For this festival, much food is prepared before hand, so that on the holiday there is not so much work to do. Traditionally, on New Year’s Eve, the whole family will sit around the table and share in making the dumplings. They are then eaten for breakfast on New Year’s Day. Too many dumplings are made so that they will last for about four days of the festival and as, in the old days, the weather was cold, they were left uncooked outside to freeze, and then a number were brought inside and cooked when needed.

The Shape of the Dumpling: The shape of the Jiăo Zi is important, it is different from the rounder wonton. The Jiăo Zi is longer and the edges of the pastry are often crimped, so that they resemble ancient silver and gold ingots. This is a way of wishing wealth and good luck. Sometimes a clean coin is hidden in one dumpling and the person who gets that one can expect an especially lucky year. The dumplings are placed in bamboo steamers in layers, as the photograph below in a dumpling shop shows.

The fillings for Chinese dumplings are widely varied, according to what is available.

When being eaten, the dumplings are dipped in a sauce. This usually has a basis of soy sauce and rice vinegar, and that may be sufficient for a simple sauce.

The dipping sauce can be varied and may include ingredients such as garlic, hot chillies, sesame oil or ginger. It can be made just the way you would like it to be by experimenting with the separate flavours or adding a combination of ingredients.

5 stars from 3 ratings of Chinese Dumplings