The Early History of Tea From Growing to Drinking: An Origin Steeped in Intrigue, Flavored With Espionage

The Early History of Tea and Its Place in World Intrigue

Believe it or not, the origin and history of tea reads like a spy novel, crisscrossing the globe and time with intrigue, failed trade negotiations, smuggling, purloined secret formulas and priceless seedlings. Even drugs and drug wars were a part of tea's checkered past. Of course, like most things, all of the intrigue was ultimately the thirst for power and wealth and it sparked the espionage and the danger about this beverage so steeped in espionage.

The history of tea has it all. Who could imagine such an innocent looking group of leaves could evoke the exotic adventure and daring of explorers who ventured into strange new worlds and brought this unusual "brew" from China to Europe?

Drinking tea was introduced to England by the Dutch in 1658. Its popularity was enhanced when the Portugeuse Princess, Catherine of Braganza, married Charles II in 1662 and brought an expansive (and expensive) dowry of tea with her to England. King Charles fell in love with the tea and so did his court. After all, think of the aroma and the flavor those trunks filled to the brim with tea leaves brought to the court. Imagine the men and women of the court whispering about this amazing new beverage! It was quickly declared only fit for royalty.

In 1773, English tea taxation in America gave rise to the Boston Tea Party and the American Revolution, killing tea consumption in America and bolstering the beginning of America's love affair with coffee.

Over time, the excessive costs and taxes attached to the import of tea from China played a part in the Opium Wars between England and China 1839 - 1842. The taxes and desperation for obtaining tea also led to the "theft" of tea seedlings in order to introduce the industry into the agriculture of other countries, particularly Ceylon where coffee production had been prolific and was all but destroyed by disease. The coffee growers needed to replace their coffee income with another product. Tea was the logical choice; China the obvious source.

England obtained ownership of Hong Kong and free trading rights in China's ports as a result of their victory in the Opium Wars. Without the tremendous taxation, tea consumption increased in England. Tea gardens began to replace the coffee houses that were starting to decline. Some fell into the category of "places of ill repute." Everyone could now afford to drink the golden beverage and it became the favored brew.

The tea tree and bush is indigenous to China. It is unknown how long people had been drinking tea, but legend has it that the Chinese Emperor Shen Nung in 2737 B.C. discovered the flavor of the steeped leaves when some of them drifted into the water he was boiling for purification. He liked the flavor and tea consumption spread from there. Over the centuries tea went from beverage to medicine and then back to beverage again. As a medicine, before the Tang Dynasty (618-902 A.D. ) tea was said to have restorative powers and was given to soldiers to help energize and fortify them during battle. The Tang Dynasty is sometimes referred to as the "golden age" of tea because it became more popular as a beverage.

During the Song Dynasty (960 - 1279 A.D.) the compressed cakes that had been used for brewing the beverage were pulverized into powder allowing for the abliity to add subtle flavorings such as jasmine, lotus and chrysanthemum.

Maybe it is because they are a culture of ceremonies, or maybe it is because tea is such a special drink, but whatever the reason, drinking tea evolved into a cultural experience for the countries that consumed it heavily. This is especially true for China and Japan, the oldest tea drinking countries. Drinking tea became a social experience, with special and complicated ceremonies combined with particular methods of brewing. It is difficult to imagine a global drink such as Coca-Cola giving rise to special ceremonies and special occasions for drinking it.

Drinking Tea Led to Intricate Ceremonies Early in Its History

Standard accoutrements for drinking tea include a teapot (or two), teacups (with or without handles), saucers (or not), spoons and strainer. Entire industries developed and thrived around the special utensils for tea. For example, in England pottery companies flourished by providing beautiful and functional utensils for tea. One of the most famous companies, Wedgewood, still offers designs and patterns beautifully and tastefully done, often inspired and selected by queens and members of the nobility. These designs resulted in exquisite pieces perfect for the Queen's Afternoon Tea.

During the early Chinese Dynasties, tea was the beverage initially enjoyed by the aristocracy and upper classes, later, eventually, by the masses. It was the aristocracy and the wealthy who encouraged the development of beautiful and pleasing utensils. In fact, various dynasities of China had patterns specifically commissioned for that period.

Often, the preferred method of preparation played a major role in the type and shape of the utensils used. It's easy to see how today's avid tea drinkers become the avid collectors of authentic and reproduction pieces. The tea patterns were, and still are, as much a visual delight as the teas were a taster's delight.

The type of brewing played a role in the development of the design of teapots over the centuries. Teapots with today's handles didn't make an appearance on the early tea scene until the end days of the Song Dynasty, about 1200 A. D. The newly designed teapot better accommodated tea brewed from the pulverized compressed tea cakes. Up to that point the tea cakes were brewed intact.

Tea is grown in the hills of Sri Lanka. 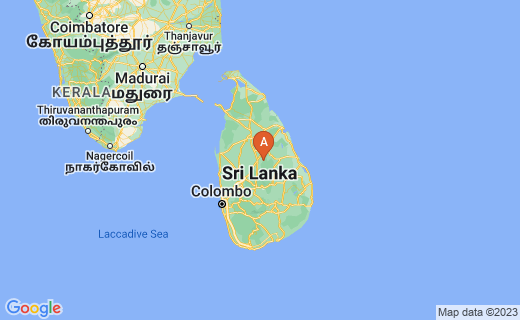 Start Your Own Tea Drinking Customs

As any tea lover is already aware, a seemingly endless variety of teas exist today. In fact, it's often an intriguing adventure on its on. One can easily become confused as you try to decide on green tea versus a scented tea, which often, by the way has green tea as its base. You have to rely on the advice of friends who may have tried the variety you are exploring. Don't forget there are also oolongs back tea and Pur-erh. There is also Earl Grey which was made popular by Jean Luc of the popular Star Trek spinoff, Voyager. He often asked the replicator for, "Earl Grey. Hot." Not a bad choice.

The history of drinking tea is long one, filled with danger, intrigue and espionage with money going hand in hand with flavor. However, because of the health benefits, the refreshment, and the comaraderie it invites, it's easy to see how its popularity grew to become second in consumption only to water. So, relax! Have a cup or two.

Tea and Coffee are both popular.