The Benefits of Grass Fed Beef

If you are concerned about your health, animal welfare, and the environment, making the switch from grain fed to grass fed beef is one of the best things you can do.

Study after study has found that grass fed beef is substantially healthier for you than conventional grain fed beef.

A Quick Note on Labeling

For many years, the "grass fed" label on beef was unregulated and virtually meaningless. Nearly all beef cattle spend part of their lives on grass, and farmers were able to label their beef "grass fed" even if the cattle spent the last months of their lives fattening on a steady diet of grain, used chicken litter, and stale gummy bears in overcrowded feedlots.

Recently, however, the USDA tightened regulations on the use of the grassfed label to allow only beef that has actually been finished on grass to use the label. You can now purchase beef labeled "grassfed" with the security of knowing that the cow lived its whole life on pasture.

If you enjoy a little activism with your dinner, the American Grassfed Association is among the organizations working to protect and strengthen regulations on the grass fed label.

In addition to the nutritional benefits of grass fed beef, grass fed beef is significantly less likely to be treated with growth hormones, which may be linked to rising levels of early puberty and reproductive health problems. Grass fed cows also tend to be healthier than feedlot cattle and are also less likely to be treated with antibiotics. Antibiotic use in livestock is known to contribute to the rise of antibiotic resistant diseases.

Cow stomachs are actually poorly equipped to digest grain. When they are fed a high percentage of grain, it gives them acid indigestion, much like heartburn in a human. In addition to causing health problems in the cattle - 15-30% of feedlot cattle have liver abscesses, ulcers, and similar problems - high levels of acid in the stomach also encourage the development of acid-resistant bacteria, which can be dangerous and even fatal to humans who eat contaminated meat.

Grass fed beef comes from cattle allowed to live their lives as naturally as possible, on good pasture with plenty of fresh air and sunshine. As a result, grass fed cattle are healthier and less stressed than feedlot fed cattle, resulting in higher quality meat.

Many grassfed producers also seek to minimize stress as much as possible at the end of life by transporting their cattle as short a distance as possible to slaughter. In some areas, grass fed producers can even use mobile slaughter units so the cattle can be killed, dressed, and inspected in the field.

If you live in the United States or Canada, an even more environmentally friendly option is grass fed bison meat.

Bison are perfectly adapted to life on the Great Plains and require even less intervention than grass fed cattle to remain healthy and happy on good pasture. Additionally, their grazing patterns are better suited to the conditions of the Western US than those of cattle, so, provided they are not overstocked, they require less management to keep from damaging the range.

Grass Fed Beef is Better for the Environment

Sustainable agriculture guru Wendell Berry once wrote that "to take animals off farms and put them on feedlots is to take an elegant solution - animals replenishing the fertility that crops deplete - and neatly divide it into two problems: a fertility problem on the farm and a pollution problem on the feedlot. The former problem is remedied with fossil-fuel fertilizer; the latter is remedied not at all."

Where to Buy Grass Fed Beef

You can find lists of producers at the American Grassfed Association and Eat Wild.

Your local farmer's market is also a great place to find a grass fed beef producer. If you don't know where the nearest farmer's market is, check the directories at Local Harvest or the USDA Farmers Market program. 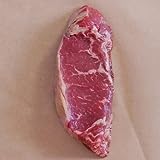 Pasture Perfect: How You Can Benefit from Choosing Meat, Eggs, and Dairy Products from Grass-Fed Animals
Buy Now