Why Grassfed is Best

Eating meat, dairy, and eggs from animals that have been exclusively grassfed is more nutritious, more humane, and better for the environment.

The American Grassfed Association defines grassfed products from ruminents (cattle, sheep, goats, bison, etc.) as "food products from animals that have eaten nothing but their mother's milk and fresh grass or grass-type hay from birth to harvest - all their lives."

Non-ruminants like pigs and poultry can be defined as grassfed if grass is "a significant part of their diets"; however, these animals need grains or other supplementation in order to be healthy, and should not be fed exclusively grass. A common alternative label for pork, poultry, and eggs is "pastured," although this label is not as strictly regulated as the "grassfed" label.

Pasture Perfect: How You Can Benefit from Choosing Meat, Eggs, and Dairy Products from Grass-Fed Animals
Buy Now

Meat, eggs, and dairy from grassfed animals are higher in protein and antioxidants such as vitamins E, beta-carotene, and vitamin C than conventionally raised animals. They are also lower in overall calories and fat, but more importantly, they are characterized by an ideal balance of "good" to "bad" fats.

Scientists have discovered that the the ratio of "bad" Omega-6 fats to "good" Omega-3 fatty acids should not exceed 4:1. Consumption of meats and other animal products with a higher ratio tends to increase rates of heart disease, high cholesterol, high blood pressure, obesity, and other health problems. Interestingly, most grassfed meat, dairy, and eggs have ratios of 3:1 or 4:1. In contrast, a conventionally raised, grain-fed steer typically has a ratio of more than 20:1. Studies have also shown that the longer the animal is grain-fed, the greater the imbalance becomes.

Grassfed meats and eggs are also far less likely to be infected with dangerous strains of the naturally occurring E.coli bacteria. Feeding animals, especially ruminants, grain increases the acidity of their stomachs (more on this later), raising the resistance of E.coli to stomach acids, including human stomach acids, which would otherwise kill the bacteria easily.

The vast majority of animals being raised for meat, eggs, and dairy products in the United States are raised in so-called "factory farms," or CAFOs (Confined Animal Feeding Operations.) The luckiest of these animals are lambs and cattle raised for beef. Almost all beef cattle still spend the majority of their lives on pasture, though they may be supplemented with grain to help them gain weight faster. Only for the last three or four months of their lives are they shipped to feedlots, where they are crowded into pens deep in mud and their own excrement, without access to grass, and fed a diet of grain, antibiotics, hormones, and sometimes animal byproducts to fatten them and keep them healthy in their overcrowded conditions.

In contrast, veal calves are deliberately confined in the dark and chained in cages so small they can't even turn around in order to protect the whiteness of their meat, while chickens may be crowded into tiny cages and kept under lights around the clock to encourage them to lay more eggs faster, faster, faster! Pigs, the most intelligent of farm animals, may turn to cannibalism in their boredom and overcrowded conditions, so they, too, are often raised in tiny cages, stacked on on top of the other so the excrement of the animals above falls on the animals below.

Sadly, the torment of these animals has only begun. The cruel and inhumane practices of conventional slaughterhouses have been well-documented. By federal law, animals are supposed to be rendered unconscious before processing, but some slaughterhouse workers have estimated that 10-30% of animals remain conscious during the process, and videos of live and thrashing cows and other animals hung up by one leg and left to bleed out have been leaked on more than one occasion. "Downer" animals - animals too sick or injured to stand - are prohibited by law from being slaughtered, yet videos have been released of workers using electric shocks and forklifts to get animals to stand so they can be slaughtered. The meat from these downer animals can then be processed the same as healthy animals. At least one of the slaughterhouses caught in this unethical and cruel practice provides meat for school lunches.

Factory farming produces large quantities of cheap animal products, but the costs to the environment, the animals, and human health have been incalculable.

In contrast, grassfed animals spend their lives as nature intended: on grass, with plenty of access to fresh air, sun, and clean water and plenty of room to roam. Most are killed quickly and humanely in local butcher shops or on the farm where they were raised. Many grassfed bison ranchers even drop their animals directly in the field, where they are dressed and USDA inspected on the spot.

These practices cause less stress and pain for the animals and results in healthier animals, who do not need to be constantly pumped full of antibiotics and hormones to keep from getting sick, a practice scientists now blame for the rapid rise in antibiotic-resistant strains of disease in both livestock and humans.

The Effect of All-Grain Diets on Animal Health

In fact, feedlot diets are a recipe for poor animal health. The digestive systems of ruminant animals (cows, sheep, etc.) are not equipped to eat an exclusively grain diet. Roughage provided by grass or hay allows animals to maintain a normal bacteria level in their digestive systems and causes high levels of saliva that neutralize stomach acids.

When animals are prevented from consuming roughage, as they are in many feedlots, this system breaks down, causing the digestive system to become overly acidic, a condition known as "acidosis," or acid indigestion. Acute cases can kill an animal; chronic cases are extremely common in feedlot fed animals.

Over time, acidosis can lead to ulcers, liver abscesses (15-30% of feedlot cattle have liver abscesses), bloat, paralysis (so-called "feedlot polio"), and even death. The consequences to human health of consuming meat from chronically ill animals are still poorly understood.

All Flesh Is Grass: The Pleasures and Promises of Pasture Farming
Buy Now

Grassfed Products are Better For the Environment

In addition to being inhumane, factory farms and the system that supports them are environmental disaster areas.

Unlike traditional grass-based livestock farms, on which animal excrement is produced in reasonable quantities and composted or spread by the actions of poultry, insects, or mechanical spreaders back into the soil, where it adds nutrients and improves the pasture, factory farms produce such massive quantities of animal excrement that it is impossible to dispose of naturally. The issue of pig "lagoons" has been in the news recently. The 10,000,000 pigs in North Carolina alone produce more poop per year than the human populations of New York, Los Angeles, and Chicago combined. Many of these feces are placed in shallow "lagoons," which have been known to overflow after even slight rains, covering hundreds of football fields worth of land in a shallow flood of untreated pig shit. Human farm workers have been asphyxiated to death by the fumes, which spread in lesser concentrations for miles through the surrounding countryside. Not only that, but the wastes often leech into the ground to contaminate the area's drinking water.

The grain fed to confined livestock causes more environmental problems. Over 70% of the corn and cereal grains grown in the United States are intended for animal, not human, consumption. These crops are usually grown in monocultures that require heavy application of chemical pesticides, fertilizers, and insecticides to maintain, chemicals that kill harmful and beneficial plants and animals alike. Many of these chemicals are known to contaminate air and/or drinking water, where they can prove detrimental to human health.

Industrial agriculture also uses massive quantities of water. Between the water given directly to animals and the water used to irrigate grain crops intended for animal consumption, 70% of the water consumed in the United States is expended to support grain-based livestock production. Water tables in some parts of the country are reaching dangerously low levels in large part due to overuse of irrigation to grow grain for livestock. The massive Ogallala Aquifer, for example, provides 30% of the nation's total irrigation water and provides drinking water for 82% of the people living within its boundaries. It is dropping at a rate of 420,000 million cubic feet per year and may be dry within 25 years.

Additionally, conventional tilling practices for grain crops contribute to erosion. In the last 100 years, for example, Iowa has lost 50% of its topsoil, a rate 30 times greater than the rate of replacement. Much of this soil ends up in rivers, where it eventually degrades coastal habitats and fisheries.

Properly managed, grass based livestock farming can be 100% organic. It reduces erosion because the land is not tilled, and the natural disposal of animal wastes improves and enriches the soil. Grass farming also increases biodiversity, especially when practiced on an organic basis.

Recently, concern has arisen over the methane produced by livestock flatulence. Methane is a potent greenhouse gas, and livestock operations are believed to be a major contributing factor to anthropogenic greenhouse gases. Although grassfed livestock are slightly more flatulent than grain-fed livestock, well-managed pasture is an extremely effective, long term carbon sequestration tool, while feedlots and warehouses offer no carbon sequestration benefits whatsoever.

Where to Buy Grassfed Products

USDA regulations were recently changed to ensure stricter labeling of grassfed animal products. In the past it was possible for products from an animal that had spent most of its life on grass, but been finished on a grain diet in accordance with conventional agricultural practice to be labelled "grassfed." Fortunately, this is no longer true, and organizations such as the American Grassfed Association have continued to campaign for strict and accurate labeling practices.

The surest way to ensure that the meat, eggs, or dairy products you are paying for are 100% grassfed is to find a local farmer whose farm you can visit to see how the animals are raised. The box on the right provides links to several websites than can help with this. Otherwise, look for the grassfed label or terms like "100% grassfed" or "grass-finished." 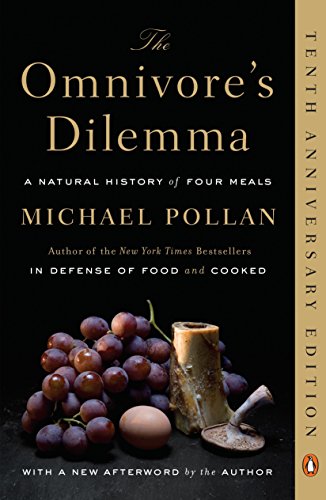