Tea Ceremonies Around the World and what They Mean

Where Does Tea Come From?

Tea, in all of it's forms (green, black, white and thousands of other combinations) has been around for years and enjoyed by many people. It originates in China from the Camellia sinensis plant, which is an evergreen flowering shrub. Tea leaves are gathered at different times for different flavors of teas. Black teas are a wonderfully full bodied drink which, oddly enough become more robust as they are brewed longer, but they do not become more bitter. Green tea leaves which are younger need to be brewed at a lower temperature of about 183 degrees F or they will become bitter. Varieties of black teas can take a higher boiling point of about 200 degrees F. Oolong tea is between traditional black tea and green tea in flavor and strength and is my favorite tea. A water temperature of about 198 degrees F is a good temperature for this tea to be brewed in. If you don't have a thermometer to test the temperature of your water, keep this rule of thumb in mind: brew the black varieties the longest, green varieties a little bit less and the delicate white teas about half as long as the black varieties.

Tea has some very surprising benefits for your health and well being. Did you know that tea contains fluorine, strengthening your teeth against cavities everytime you drink a cup? It also cuts down on dental plaque and is a natural anti-bacterial agent. Maybe that's why I reach for hot tea with honey when I feel a cold coming on. I suppose I am subconsciously trying to get rid of any bad bacteria hanging around. Interestingly, coffee and tea are both highly caffeinated, but I usually only drink coffee with cream in the morning and tea with honey in the evening. While they both make me feel alert, tea also has a calming effect on me. So, this leads me to conclude that caffeine in and of itself is not the culprit for the jitters, maybe there's some oil or extract in coffee which makes the caffeine more active. Or, conversely, maybe there's some element in tea which seems to tame the caffeine effect.

Tea has naturally occurring vitamins C, K and E. So, there's another reason to have a little tea. Maybe elderly people know something the younger coffee generations don't. Tea has been proven to reduce cognitive loss over time. I always feel a little bit brighter within my mind and body when I partake in tea drinking. It has also been shown to reduce plaques that build up in blood vessels which, if left unchecked can lead to blood clots. These are but just a few of the benefits of tea. There are many more.

The Many Customs of Tea Drinking

Tea drinking and tea ceremonies are as important to daily life as eating. They are as different as the places where the ceremonies take place. They can be quietly beautiful and zen like such as the traditional Japanese tea ceremony or, as simple as a couple of friends having some conversation over Chai. Traditional Russian tea can be an elaborate affair and the Samovar plays an integral part. Russian tea is black concentrated loose tea, which has already been brewed. It is then poured into tea glasses (about one quarter of the way full) then, water which has been pre-boiled in a Samovar is added until the desired strength and flavor is attained. Strength can be judged by how light the concentrated tea becomes as the boiled water is added to the serving. Russian tea is usually served with sugar or honey and lemon, but not cream.

Zavarka is a special tea made for Russian tea time that won't turn bitter after sitting for a while, which can sometimes be at least an hour. The Samovar an basically an elaborate tea kettle unlike anything you've ever seen (unless of course you have been treated to a Russian tea). Russian tea is usually considered part of dessert after meals. Usually, a sweet cake of some sort is served with it.

Interestingly, Russian tea is not drank with china cups, but with tea glasses, which are placed in delicate and intricate metal holders. Some of these holders are eighteen carat gold plated and very expensive. Many resemble Russian cloth lace patterns. Russian tea accoutrements are on the opposite spectrum of the Japanese tea ceremony, but, what a different way to drink tea!

The Japanese tea ceremony is a thing of simple beauty. The location of the actual tea house is equally important as the tea ceremony. The tea house is specially sited within a secluded, quiet part of the garden. This "house" is called a roji and is a revered place. The ceremony itself is a deceptively simple looking affair, because of many years of practice by the tea server. Wabi (understated elegance) and sabi (serenity or acceptance of your current situaltion) are two ideals followed in the Japanese tea ceremony. Tea is served in earthenware tea cups. These have no handles and are painted with simple designs. Tea is usually served unadorned. I think the Japanese tea ceremony is a type of zen experience where the racing mind stops and the art of just being in the moment begins. No future, no past, just the present moment. There is usually access to sounds of nature, because the roji is most always situated near the woods or garden. The Japanese believe that if the mind becomes completely relaxed, it will become open and facile, intuition takes dominance over logic and a deep innate understanding of all things happens effortlessly. Japanese see the beauty of imperfection because they think it is genuine. They do not believe anything in nature is perfect. The tea cups are actually small hand made bowls.

English tea is what many people are familiar with. What's the difference between Cambric Tea and English Tea? English tea is black tea, sometimes flavored with bergamot (Earl Grey tea) which gives the tea a more complex flavor. Usually made with milk and sugar, a very nice treat anytime. Cambric tea is also made with black tea, but, water and milk or cream are brought to a slight boil (there's usually a lot more milk or cream in this concoction) and then the tea is added along with the sugar. So, Cambric Tea is usually weak tea with lots of cream and sugar, while English tea is much stronger and milk and sugar are added as desired.

Whatever way you have it, tea, in it's many forms is a very enjoyable part of a day. Enjoy your day!

How do you drink your tea 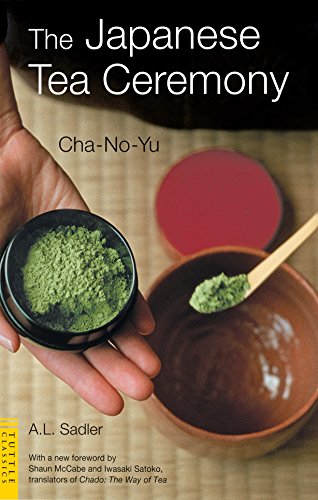