What amazed me was this.

Could you write thirty five pages about one single pizza dish? Heston Blumenthal can.

In his book In Search of Perfection he wrote an entire chapter about Pizza Margherita. Heston Blumethal is not a chef who does things by half. In order to create the recipe for the perfect Pizza Margherita he went to the origins of the dish - to Naples in Italy.

And he didn't just talk to other chefs and restaurateurs, he went to the farm where the tomatoes are grown, the mill where the flour is made - he even analyzed the local water; all in his quest to reproduce the perfect, traditional Margherita.

So what's this about the sixty seconds? I was surprised to discover that a real, traditional Pizza Margherita should be cooked for no more than ninety seconds. One minute is ideal. How on earth can delicious dish be cooked so quickly?

Heston didn't know either so his experiments continued. He tried special ovens, outdoor grills, specialist stones and expensive equipment. After a great deal of experimentation, he discovered that none of the specialized equipment was needed and that we can all make authentic Pizza Margherita at home...It's likely that you have everything you need in your own kitchen. It's also quite possible that you've never had a genuine Pizza Margherita.

You might think you have - but so did I until I read this book.

Heston explains in In Search of Perfection that pizzas started life in Naples as a street food. It was seen as being a lower-class dish and, being made with just the simplest ingredients, it was cheap and filling.

It became a local specialty but remained a cheap, fast food. That was until the king and queen decided to try it. The story goes that they loved it. The Queen Margherita (aha!) particularly loved the simple tomato, mozzarella and basil; the most patriotic of colors.She even wrote a letter, giving it her royal seal of approval and that letter still exists today.

Wow, that photograph makes me hungry. Heston takes us along as he travels through Naples searching for the way to make a perfect Margherita.

Read the book and travel with him as he visits the tomato fields in the foothills of Mount Vesuvius. Hear about the tomato tasting (like a wine tasting) he enjoyed with olive oil, basil and local wine. Go along with him as he visits historic pizzerias in Naples and chats to chefs and staff. Heston has a great way of writing - even pizza haters, if there are such things - will love to read this book.

See and read about the local flour mills and why the right flour is critical to the success of an authentic taste and texture.

Back home, Heston tries to reproduce the authentic taste.

The main challenge is getting the crust absolutely right. In Italy, he has discovered that the pizza must be cooked for no more than ninety seconds preferably less. But domestic ovens can't deliver the heat.He tries an expensive specialist oven - no good. He tries an outdoor grill and a specially made stone - better but not right.

Eventually he assures the reader that his lengthy experiments have shown that you don't need special equipment. You've probably got what you need in your own kitchen.

If you have a mixer with a dough hook, making the dough will be far easier. Heston Blumenthal has devised his own tomato topping which has a very careful balance of water as you'll see in the book. (If the tomatoes are too watery, your dish will fail). He recommends a pressure cooker to create this. The pizza peel isn't essential but adds a nice authentic touch inexpensively but the one item that you really will need is a good cast iron skillet. (See below) 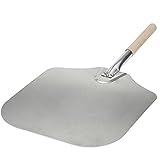 For over thirty five years, Friday night has been pizza night in my home.

In England, as a young and domesticated newlywed I used to make the dish from scratch. Well, I called it pizza. I'd make the dough, sometimes from wholewheat flour if I was feeling hippie-ish, and leave it to rise.

I'd fry onions, add a tin of tomatoes and dried herbs. Then I would put the tomatoes on top of the flattened dough, add any old grated cheese, bake it for fifteen minutes and call it 'pizza'.

Wrong.Since that time I must have had hundreds of pizzas - no, thousands - and I've loved just about every one. I thought I'd had Margherita many times.Wrong again.

You want to know the secret now, don't you?

The clue is in the picture!

Special stones won't get a high enough temperature. The specialist ovens he tried won't either if you're going to create a truly authentic pizza that cooks within the prescribed ninety seconds. By heating a cast iron pan and using your broiler, you will.

I have only one argument with his recipe - he says it will serve five people. I could eat the whole thing myself.

This book is not just about pizza

More books by Heston Blumenthal. Once you start to read his recipes and food philosophies, you'll be hooked, I guarantee it. His approach is so unlike that of any other chef and his books are incredibly readable.

In Search of Perfection
Buy Now

More books from this amazing chef. 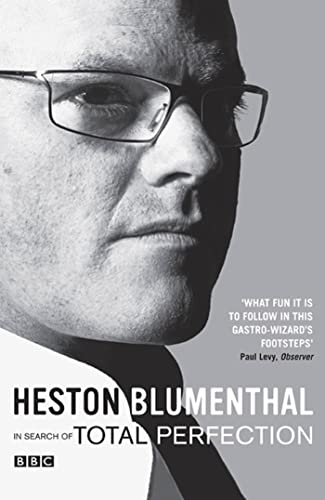 Read the secrets of his highly popular recipes in the book below.

The Fat Duck Cookbook
The Fat Duck is Blumenthal's incredibly highly rated restaurant. Find out about his secrets! Heston is not a classically trained chef. He is half chef and half scientist with a wonderful twist on traditional recipes.
Buy Now

All photographs taken by me of my copy of the book and my tomatoes :)