In 2012 Starbucks introduced a new lighter coffee roast called 'Blonde.' According to their research, 40 percent of U.S. coffee drinkers (54 million people) choose a lighter roast and name a lighter roast as their favorite and 70 percent of the coffee sold in the grocery store is either light or medium roasted. Starbucks Blonde is an attempt to offer a wider selection and attract some of those milder coffee drinkers to the brand.

On this page, learn a bit more about this light 'Blonde' coffee. Find out when it was released at your local Starbucks Cafe and discover what it tastes like. Watch the video from Starbucks that introduced the new blend and read what other people think about it. Finally, make sure you take the opportunity to let us know what YOU think about both the new blend and the existing Starbucks coffee roasts by participating in the polls or leaving your thoughts in the guest book.

Click here to check out Starbucks' Blonde coffee on Amazon.

When is Starbucks New Blonde Roast Coffee Being Released?

And where can I buy it?

Starbucks released its new blonde coffee in its cafes and in supermarkets on January 10, 2012. Canadians had to wait a bit longer until February, 2012.

Why Did Starbucks Release Blonde Roast?

Starbucks released the new Blonde coffee roast in an effort to offer more selection and attract that fairly substantial number of people (54 million) who prefer a lighter roast coffee. Previously, the range at Starbucks went from Breakfast Roast to French Roast. This new roast allows customers an even wider choice than they had before and allows Starbucks to compete against companies like McDonald's and Dunkin' Donuts who offer coffees that are milder.

According to the news, Starbuck's new blonde roast is "milder in body and in acidity" than Starbucks' previous coffees, which tended to be darker roasts. The video introducing Starbucks new coffee adds the words "lighter bodied, rich, mellow and subtle." 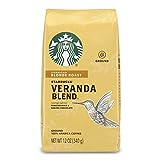 Starbucks blonde roast is available directly from Amazon, who is only too happy to ship them to you for FREE when your order is worth $25 or more. 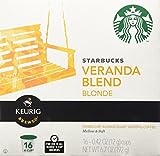 Will You Be Trying The New Blonde Roast?

Will You Be Trying The Blonde Roast?