Looking for something different to spice up your next run through Arkham? How about a Hellsing-themed game? After all, who else is more qualified to deal with the denizens of the deep or the nameless evils of forgotten cults than Her Majesty's own paranormal search-and-destroy unit, Hellsing.

These investegator sheets are fan-made, which means they aren't official and that I have no affiliation whatsoever with either Final Flight Games (Makers of Arkham Horror) or the people who are awesome enough to create and bring us Hellsing, but I've still made them look as awesome as possible with screencaps straight from the series and an especially amazing program for creating custom content for Arkham Horror called Strange Eons.

Vampire Hunter? Yeah, I know. Technically it's true, and since "Leader of Hellsing" would have been too redundant and "Protestant Knight" too vague, I opted for the simplest and most "Van Helsing" of options-- Vampire Hunter.

As a character, Integra's greatest strength lays in her ability to lead, and the fact that her special ability allows her player to combine the abilities of multiple investigators to overcome obstacles, monsters and tests really speaks to that. Plus, how often do you see Integra go into the field without Alucard or Walter at her side? It's in her nature to be badass by commanding those who are even more badass than she is, begging the question: "Who is more badass? The badass, or the badasses who follow her?"

She starts out at the Police Station, probably after being briefed on the situation by local law enforcement-- it fits her character, and harkens back to the briefing we see at the beginning of Hellsing's pacification of the vampire in Cheddar village early on in the series. As confident and experienced as she is, I feel she's earned a Sanity of 6, a high Will skill, and a high Lore skill. Plus, despite a stamina of 3, she's still one of the toughest broads around-- definitely tough enough to be carrying around a monster trophy right from the start.

Hellsing is Alucard's series. He carries it, and even as powerful as he is right from the start, he only becomes more so as the evil around him grows out of control. I tried to reflect this with his special ability-- the fact that he starts with seal counters on him indicates that his full powers have not yet awakened, and as the terror level rises and tokens are removed, he becomes more and more of a match for whatever ancient one is trying to awaken in the town of Arkham.

Once all the tokens are removed, Alucard is almost unstoppable, but that's consistent with the story, and it makes him strong enough to be able to stand up even to the great Cthulhu, smack him around a bit, and call him a dried up old god with the same kind of maddening laughter that makes him so darn terrifying (and likeable) in the series.

As for stats, I think a minimal Sneak shows Alucard's unwillingness to pass up a good challege, even when it would be in his best interest to do so, and with the ability to gain a +1 to die rolls later in the game, I didn't want to boost his other skills too much.

At first glance, Father Anderson's special ability might make him appear a little unbalanced and overpowered, even possibly making him theoretically unstoppable, but in truth, the ability only really does so much good.

On average, it could be expected that Father Anderson would regenerate three stamina during every upkeep, and since he's built like a tank (high Stamina, high Fight) he could be expected to beat the crap out of just about anything that crosses his path. Even Overwhelming wouldn't slow him down, but he does have a number of weaknesses that make up for his powerhouse stats.

Much like Alucard, Father Anderson isn't the kind of guy who would ever really actively try to sneak away from a fight, and seeing the way he fares in the series, he doesn't seem all that lucky. It's the fact that his faith prevents him from learning spells that have a sanity cost that makes him weaker, along with the obvious and powerful detriment of losing him altogether if he ever picks a fight with something he can't handle. God help you if you roll a whole string of ones.

Walter's awesomeness is hard to contain within one card. As a fighter, what he really needs is a card for his wires, but I've opted for a decent fight score (along with an emphasis in research) instead. His entire card is geared toward research, but much like the Walter we see in the series, he's still good at getting his hands on new equipment.

A high Speed goes hand in hand with his amazing reflexes, and a high Lore shows that he's been around the block a few times and seen first hand just how nasty some of the stygian horrors of the paranormal world can get.

Ah, police girl. Who better to come blazing into a battle with a pair of massive, two-handed cannons? All in all, her stats are fairly ordinary, but with the ability to bring some serious firepower to bear in a fight, she has the potential to be able to blow the heck out of anything that gets in her way, even the Great Cthulhu. If this isn't consistent with the series, I don't know what is!

Like Integra, Pip is a leader, through and through. Unlike Integra, he's firmly entrenched in the world of men, and so doesn't start with anything beyond the basics of common items, skills, and ten dollars in cold, hard cash. Working quickly and gamblling that the board wont become overrun with monsters within the first few turns, it's possible to raise a formidable army with Pip, though you're probably going to have to go out and make a few more bucks before you can get beyond the first two allies. The fact that he can hire allies at any street location on the board gives him a significant advantage over those who have to make their way to Ma's and skip an encounter to hire an ally.

I like to think of Heinkel as a younger, more versatile, and yet less experienced, handgun toting version of Father Anderson. Heck, she's a woman working for the pope, and yet she's got short hair and runs around in a priest's outfit (not that there's anything wrong with that -- it just makes her wilder) instead of being a peaceful nun content to run around in a habit and dote on little children.

To reflect this, (and the fact that, unlike Father Anderson, she's not a regenerator,) I've made her about as well rounded as I could, with one very important difference-- she's much less likely to end up rotting for a turn or more in Arkham Asylum than your average investigator, meaning she can fight Nightmarish monsters until the cows come home (or she fails a Will Check.)

What can I say? I had to. Sure, it's a blast to see Alucard take on the Great Cthulhu like he was little more than a fusion of Set and Incognito, but getting a chance to blast some Nazis always makes any game better, so I've made an Ancient One card for Millennium. Given the amount of destruction they cause in London throughout the course of the series, I think they've earned it, and besides, it matches the theme! It's just so very Hellsing to be fighting Millennium while portals are opening all over the place and spewing monsters into the city. . .

. . .And hey, we've even got some Hellsing-Themed monsters for you too! Looking for any of the notable baddies of Hellsing or even just a handful of stock ghouls and vampires? Just follow this link to 11 Hellsing Baddies For Arkham Horror. 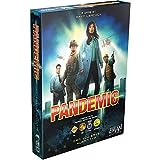