Iron Man 2 is the sequel to the super-popular Iron Man movie. If you liked the first one, you’ll love the sequel! The story in Iron Man 2 begins six months after the narrative in the original Iron Man movie ends. The action is riveting, and the special effects are awesome. The action figures based on the movie and the Marvel Comics hero are sure to be one of the top sellers this year as far as action figures are concerned.

While Iron Man 2 isn’t really a kid’s movie, a lot of kids are in awe of it. It’s rated PG-13, mostly because of language and violence. Blood and guts? There’s blood, but without the guts. Scarlett Johansson is pretty skimpily clad in a few scenes, too. Of course, younger kids can still enjoy the action figures without seeing the movie! And they will.

Older kids, teens, and adults who collect action figures will also want these based on Iron Man 2. They’re very collectible. The Iron Man 2 figures are intricately sculpted and detailed and have several points of articulation. In other words, they’re movable and poseable, and several come with weapons and a bonus deluxe armor assembly station base. Since most of the Iron Man 2 action figures come with small parts, read descriptions carefully before purchasing one for a child under the age of three due to the possibility of choking hazards. Some of the Iron Man 2 toys and action figures are recommended for kids as young as four years old.

The most popular action figures from Iron Man 2 are Mark III, Mark IV, Mark V, Mark VI, Whiplash, War Machine, Iron Monger, Iron Man Deep Dive Armor, Hulkbuster Iron Man, and Guardsman. If you have several kids or teens on your Christmas list who might enjoy the Iron Man 2 toys, you could buy a collection and split it up. This would save you some money!

The Iron Man 2 action figures and the Iron Man 2 toys are sure to be huge this Christmas! I predict the most popular ones will be hard to come by in December, or maybe even earlier. 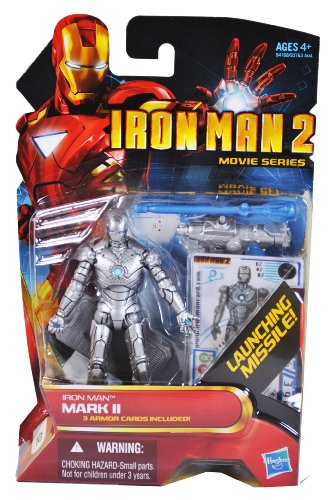 The Iron Man 2 helmet is going to be huge this Christmas! Just about every little boy is going to want one, along with a fair share of girls. These helmets are just too cool!

Mark my words - these will be hard to find by December, so order early for Christmas. These would also make a great addition to an Iron Man 2 Halloween costume! 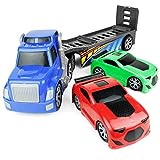