Want to put a little bit of kinky into your Munchkin? Well it's not here (mostly). I can help you, however, in forcing other players to help you. This card will cause chaos indirectly, causing afflicted players to re-think all of their strategies as everyone else looks on, amused.

As in real-life, a pair of handcuffs either ties someone's hands together (which doesn't happen in this game), bonds one person to one thing (also doesn't happen by this card), or puts two people together.

"Play on a munchkin and their helper. Until removed by a Wishing Ring, they must help each other in combat & split the treasure rewards unless decided otherwise (in case of an odd number of Treasure cards, the uneven card is given to the player who's turn it is). They roll once to Run Away (from a monster). (This card is) Nullified if going for the winning level."

Apparently I didn't have enough room on this card for rules. Note: If two people agree on how Treasures are split before the Handcuffs are played, the Handcuffs don't come into play until after the Treasure is distributed.

Don't you hate it when players are helping each other too much? Bind them together, and they will no longer be happy about their union. Is a strong player helping out an underdog? Bind them together to cripple the stronger player's rewards from combat. There's a few reasons why you would play this card, even on yourself.

1) You're in last place. Get someone's sympathy and their help in a combat, then tie yourself down with them. Of course, you two probably won't agree on Treasure dividing terms, but you definitely will be getting at least half of their goods.

2) If you're an Elf, a Bounty Hunter, or anything else that gets you bonuses from receiving/giving help to another player. You don't have to be cruel about it; agree to having a contract for Treasures...or be really viscious with a Ritual Sacrifice card.

3) To screw one/two people over. They're stuck together, and it might have been an uneasy truce to begin with. Actually, this rule will probably encompass a lot of 'reasons.' It's just to mess with people and cause the game to be a bit more memorable. 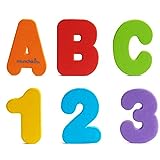 This card works well with any deck, although having a Wishing Ring or something powerful like an Annihilation card on hand may be one of the few ways to get rid of it. This also allows one of the wearers of the Handcuffs to use the Ritual Knife's special effect or the Ritual Sacrifice with more security when it's their turn again.

However, this card receives new strategic purpose with Classes and Races that benefit from helping others. Playing this on yourself and someone else forces them to accept your help consistently, benefiting you no matter what.

Also, think of all the innuendos you can make while handcuffed to another player (particularly if you modify the image with pink fuzzy-ness). It's a fun card with some strategic purpose.