What's your favorite armor in Munchkin? What is that? You don't really have one? Well, I'm working to fix that with The Spikey Armor. It's marvelous armor for the front runners and leaders of the game, as well as anyone else who might be getting picked on.

What the Card does

The Spiky Armor, by numbers alone, is a +3 Armor, worth 500 Gold Pieces, and is Big. Not too impressive (a good bonus for armor though), but the real strength of this equipment is in its effect. "Anytime a player plays a card or effect against you, they have to roll a die afterwards. If they roll a one, they lose a level." If someone is targeting you for any reason whatsoever, it's a good passive resist, psychologically threatening your aggressors. 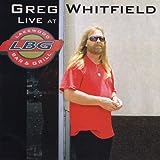 The +3 Bonus is self explanatory is on the better end of armors for any random Munchkin game. The effect itself isn't very aggressive since it requires something to happen first and only then does it have a chance of occurring.

Yeah, it's not a guaranteed effect, or even a particularly high occurring one, but it comes off the practice of the Spinning Back Kick card from the Munchkin Fu deck. Somebody hits you, well, make sure they regret that decision. By the effect's intimidation alone, people won't Curse you all willy-nilly, (unless it's Curse! Lose your Armor!), so this has a nice touch in late game where everyone's neck-n-neck for the winning level.

Reloaded Dies or Curse! Today is Not Your Day strengthen this card's effect. Smack somebody who's threatening you with this custom curse card, and you''ll guarantee that they won't play any cards on you at all.

As with most of my Munchkin custom cards, this card is pretty applicable with everything. Since it's a big item, that effect will largely be ignored. However, decks with more aggressive cards to use (including a large number of my own Munchkin custom cards) such as Munchkin Cthulu (where the game is ridiculously evil) or Munchkin Zombies (since one Mojo in that game gets points for Cursing other players) will make this card much more effective.

There's also the thematic contrast. While you can make a stretch for Munchkin Fu or Munchkin Pathfinder where spiky armor might make sense, Munchkin Impossible does not.