How to Collect Ike Silver Dollars

When collecting Ike silver dollars, you will notice that some dates will be dull while others have sharp strikes with a premium surface quality. At today's low prices, if you are collecting Ike silver dollars and you come across a dealer with a large stock of brown and blue holders, it is very wise to take the time to go through them and find the perfect ones and add as many worthy ones to your collection that you can get a hold of.

Individuals collecting Ike silver dollars are finding that general circulation dates seem to be getting scarcer, especially those in mint state.

When collecting Ike silver dollars it is essential to be educated on the varieties and mints produced that were deemed variety one and coined in 1971 and 1972. A higher relief, or variety two was used for the 1971 Proof issue, the 1972 silver clad issues and as well as a few of the 1972 Philadelphia issues. Starting in 1973, a higher relief, variety three, was issued, being the final modification. Over 600 million of all varieties total were minted.

If you intend on collecting Ike silver dollars, you should know that there are a few difficult one to obtain. The copper-nickel clad issue from 1972 is a top-quality coin as well as the 40 percent silver clad Proof coin from 1973. In 1974, less than two million Proof silver clad coins were distributed which are worth finding if you are collecting Ike silver dollars as well as the limited mintage Bicentennial issues. 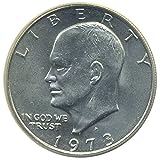 A Detailed Look at the Ike Silver Dollar 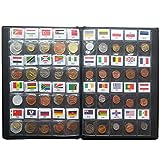