Discover How to Use Dungeons and Dragons to Improve Your Storytelling

Richard is a professional writer and author. When he's not creating, he's actively pursuing his goal of becoming a handsome billionaire.

If you want to be a writer of fiction or any type of creative writer then it would be a good idea to know how to craft a story on the fly. I have found no better way to hone that craft than by utilizing role playing games. Specifically, I prefer playing Dungeons and Dragons as my medium of role play.

I know what you’re thinking. Dungeons and Dragons is that game the nerds used to play in middle school and high school. Those nerds were socially awkward virgins that occupied their parent’s basements and worshiped the devil. Oh yea, they’re fat and smelly too because all they did was sit around and eat pizza and other junk foods and played for days without taking a break or even a shower.

Well, you couldn’t be more wrong about D&D players. Sure they were socially awkward misfits but that’s because they conceptualized on a completely different level than the average high school kid. They had a huge sense of adventure but couldn’t afford to participate in the more adventurous high school clubs.

If you take a look at those kids you thought of as nerds in high school now I’d bet the majority of them have college educations, great careers that they love, wads of cash in their pockets and bank accounts, and strong healthy families.

The fact is, Dungeons and Dragons was a great training apparatus to succeed and develop creative ways of thinking. It still is a great apparatus and it is never too late to use it as a means to develop your story telling voice.

How to Find a Dungeons & Dragons Game to Join

Nearly every community in the English speaking world has a Dungeons and Dragons group playing or forming. It's a great way to socialize and meet new friends while also learning how to role play. Below is a list of links to help you locate a group or start your own group.

Wizards of the Coast Forum

You can also check for groups on Facebook or start your own group. And also on Craigslist.org 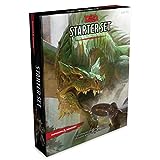 How to Get Started with DnD

The best way to learn how to play DnD is to jump right into a game. You can use the links to the right to find a game or start your own newbie group on Craigslist or Facebook. But before you jump in you might want to take a bit of time to learn some of the basics.

First, a game is run by a person called a Dungeon Master (DM.) The DM is like the referee. He or she guides the group of players, known as a party, throughout the game play. A DM follows the Dungeon Master’s rule book but also has some creative leeway when it comes to the actual adventure.

There are tons of books for the more advanced DnD players but in general a new player should familiarize themselves with the Player’s Handbook, and the Monster Manual. The Player’s Handbook will introduce you to all the character classes and alignments and also provide a good understanding of the role of dice. The Monster Manual will give detailed information on all manner or creatures that players might encounter while on an adventure.

The easiest way to get the information is to purchase the brand new 5th Edition of the Dungeons and Dragons starter set which will come with an adventure book to be used by the DM and a basic rule book for playing characters between level 1 and 5. The starter set will also contain 5 pre-generated characters with a character sheet and also 6 dice.

In a basic game of D&D each player will use 6 dice (4, 6, 8, 10, 12, and 20 face.) The dice will be used in each round and help the DM figure out if what you are planning to do will work or not. It’s all about chance and rolling dice provides the game mechanics necessary to keep everything at chance.

The DM will determine which of the dice you need to roll and then you and the DM will compare the number rolled to the one of the needed game manuals to determine the outcome of the roll. For example, you may have encountered a creature that your player character needs to fight and asked to roll a 2d10 to determine how much damage you inflict on your enemy.

Getting Started with D&D Miniatures

Many player groups like to implement visual aids during game play just to make it more interesting. This has led to a subset of the gaming industry to provide miniature characters. There are thousands of different D&D miniatures to choose from and many of the starter sets include a few.

Dungeons and Dragons miniatures are a great way to conceptualize the drama that is being created. I love to use these miniatures but not just for monsters. I have PC miniatures as well as NPC miniatures. When they are placed on a game board you get an idea of what is around you and how you need to react to any threats or protect NPC’s from being threatened.

How you interact with all the characters will determine certain values in your character’s alignment. There is no right or wrong alignment so you can choose to be a hero or a villain, or neither.

The placement of D&D miniatures can help the Dungeon Master as well by allowing him or her to be creative in his story telling. A good DM will look at the whole and tell a story in a way that will guide the PC’s in a desired direction.

Have you ever played Dungeons and Dragons?

MIT creative writing professor and Pulitzer Prize winner Junot Diaz said, “I’m not sure I would have been able to transition from reader to writer so easily if it had not been for gaming,” he remembers Dungeons and Dragons as “a sort of storytelling apprenticeship.” Professor Diaz won his Pulitzer for his very first novel, The Brief Wondrous Life of Oscar Wao.

Playing Dungeons and Dragons may not earn you a Pulitzer for writing but you will gain a much needed appreciation for storytelling. Storytelling is a fundamental process if you want to be a good writer. Don’t take my word for it and don’t hold on to those outdated and appalling stereotypes of D&D players. Learn how to play and then apply what you have learned to crafting your own creative stories. At the very least, you may find a few new friends and have some much needed fun.