Yu-Gi-Oh Getting On The Chain Gang

Yu-Gi-Oh remains one of the hottest and most played collectible card games of all time. It features game play that is unique when compared to games like Magic the gathering or Pokemon. Despite these differences when compared to the rules and guidelines of other collectible card games Yu-Gi-Oh is relatively simple to play. There are tactics, techniques and tricks that players can utilize to secure a victory or simply get in a better chance and standing to do so. These skills and having the ability and mindset to use them are what really separates good players from great players.

Being able to master these skills and join them together with other strategies is what can differentiate a great player from a tournament winning player.
One of the skills that can really make or break the desired outcome of a duel is the ability to chain. Chaining in simplest terms is when players play cards against each other in response or retaliation of a card the opponent plays. Basically player one plays a card, player 2 counters, than player one counters that card and so on until a chain is formed using traps and spells as the linking agents.

Chains can really boost the chance of victory if you know how to use them and when the right time to start linking is. The most difficult part of the chain for most players is how to resolve it. In this text I will show you how to effectively start and finish a chain and how to resolve it the right way to end any confusion the process may be giving you.

So we are in a duel setting. Two players sit across from each other with eyes afire ready to unleash their decks on their opponent with fierce and cunning results, or at least for one of them it will be. Let's say player one attacks with a blue eyes white dragon. That is 3000 points of lethal damage to player two's valuable and sustaining life points! Player two, not wanting or needing to absorb that kind of damage plays magic cylinder. (Magic Cylinder allows a player to take the damage received from an opponent's attack from a monster and negate the attack. Than the attacking player takes damage equal to the attack of the monster.

But, wait. Player two turns over a trap card, could it be? Why yes! It is a dark bribe as well. Player two has dark bribed a dark bribe, which is an ongoing running joke in the Yu-Gi-Oh gaming community but it does happen rather frequently.
The problem is how do we decide what cards actually go into effect and which ones fail to do so?

That is the equation that troubles a lot of players new and old. The chain is in action and we must now break it down to decide what actually happened.

Chains in Yu-gi-Oh gameplay resolve from the last card played down to the first one. The last card played in this particular chain was player two’s Dark Bribe. This card negated player one’s Dark Bribe card. With player one having played Dark Bribe to negate Magic Cylinder and now their Dark Bribe being negated Magic Cylinder is activated and it’s effects go through. Player one’s Blues Eyes White Dragon’s attack is negated and turned right back on them.
This chain had only three links but the chains involved in the game can go much further down to have more links. It just really depends on two factors. the first is are there sufficient cards to chain to each other and the second is how far each player is willing to go with their chains. Regardless the chain will always come to resolve by starting at the last card to be played in the chain. 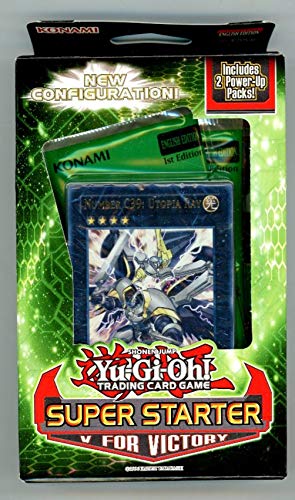 Let’s break it down a little more and take a deeper look at what chaining is and how it works using our example from above.
Player one has Blue Eyes white Dragon on the field in attack position and strikes at player two with 3000 points of damage. Play two activates a trap card they had placed face down on the field. The card is magic cylinder.
Magic cylinder is now chain link one.

Now player two activates their own dark bribe card to negate the dark bribe set by player one. This becomes chain link three.

Resolving what we have
Now we start with the last card. So our resolve steps look much like the chain steps except in reverse.
Chain Link Three- Player two’s dark negate the dark bribe played by player one and send that card to the graveyard.
Chain Link Two- Player one’s chain card dark bribe has been negated and thus is no longer in play so this card is gone.
Chain Link One- With player one’s dark bribe gone and it’s effects removed player two succeeds in using magic cylinder and player one suffers 3000 points of damage as a result of the effects of the trap card magic cylinder.

Any time a player chooses to add a new link they must then ask their opponent do you wish to continue. This clears up any doubt as to whether or not a chain is being played or just a one turn spell or trap card. It is both in place to have friendly play but to also clear up any chance that a chain is not being formed by spell or trap card links.

Chaining is an effective way to avoid losing your valuable life points and get rid of some key components of your opponent’s arsenal. You have to know when to play a chain and when to just accept an effect as final. Sometimes the end result of a chain may not be the outcome your imagined and desired so you really have to be ready to chain but know when doing so may prove fatal to your success.
Some really effective chain cards are of course dark bribe, but do not forget dark hole, and any other card that may be negated. Sadly there is no way to really guarantee your chain will end in your favor. That in many ways is the real thrill of what you are doing.

Be ready and willing to chain if it can save your hide but know that it may also be the very thing that ends your duel. You have to know your cards and know their attributes and how they can play into being turned around on you. Nothing sucks more then to lose 2 or 3 trap or spell cards as a result of a poorly executed chain of actions.

Each link plays off the last one and this means that the weakest link will often be the one capitalized on and exploited for a quick end to the chain. Watch for an opponent who can rally three to 4 spell and trap cards in the back row quickly and with no hesitation. usually this means they are primed to counter what ever trap or spell you can come at them with.