Venus McFLytrap with Rochelle Goyle and the werecat twin sisters

Meowlody and Purrsephone. Are you very excited now? You have to wait for a little longer because the expected release date of monster high zombie shake dance dolls is on June 2014, actually just a few months from now.

When I saw their artwork especially for Rochelle Goyle, I said to myself, Oh No! Why she looks like that? She's creepy! Although Venus is still very pretty despite her makeup and exposed veins on her face, I don't think I am going to buy them, but when I saw their doll form, no, they are not that creepy. They still look fabulous and great! It's like, they just turned to become a zombie.

These sets of dolls might not be good for small girls who will see the monster high dolls for the first time. I believe this is perfectly intended for the long time and ultimate fans of monster high and especially for those who wonder what would these monster high girls would look like if they were a zombie. 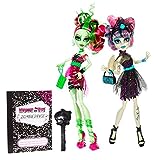 Monster High Zombie Shake Meowlody and Purrsephone Doll (2-Pack)
For those longing for this twin sisters, they are here again!
Buy Now

If Rochelle Goyle and Venus McFlytrap were almost completely turned into a zombie from head to toe, I guess the werecat twin sisters are so lucky not to be like them.

I believe the contagious dance craze that spread at monster high reported by Spectra didn't affect the physical appearance of Meowlody and Purrsephone. I think, it only pushes them to do the zombie shake dance all the time, but it didn't make them appear like a real zombie.

I wonder how would the other girls at monster high would look like if they're also affected by this dance craze. Venus, Rochelle, Meowlody and Purrsephone were just the first four to acquire it. I think there will be a lot more to come.

Looking for a gift? 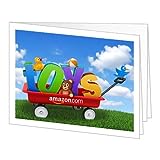 Amazon Gift Card - Print - Amazon Toys
All monster high fans will surely appreciate this gift. You'll give them the freedom to choose which doll they truly want and you'll save yourself from headache.
Buy Now

What can you say?