Learn how to find rare and scarce action figure toys at flea markets and auctions, or by visiting online forums and participating in comic book conventions where toy collectors meet and trade. Find out how to get collector's items in the best condition and at the lowest price from the right sources. It's important to know the definition of words like chase, exclusive, flocking or proto when looking for scarce action figures to complete the ultimate toy collection.

Every hobby and profession has a unique language, and toy collecting is no exception. The terms in this list apply to plastic action figure toys. There are plenty of resources online for a glossary of other specialized words used by people who collect dolls, metal banks, die-cast cars, and dozens of other toys. (photo: dotpattern)

Puts the action in action figures

Points of connection or joints between the moving parts in poseable action figure anatomy. Lego minifigs (mini figures) and Kubricks have several points of articulation in the ankles, hips, wrists, shoulders and neck. The hands can be molded to clutch weapons and other accessories.

Toy figures are fixed, with no moving parts, though some toy figures have limited motion to swivel their head and neck, for example. Bobbleheads are another kind of "inarticulate" toy figure.

Funko Pop! TV: Mr. Robot - Elliot Alderson Chase Variant Limited Edition Vinyl Figure (Bundled with Pop Box Protector Case)
Limited-edition variants of the standard production toys by using a different combination of paint colors ("colorway"), Glow-in-the-Dark paint or alternate colors for the vinyl material. These toys are produced in small editions of 10-1000 units. Toy makers mix chase figures in the regular shipments to their distributors, so you never know who will have these figures on their shelves. In the past, chase figures were only identified by a small detail like a different colored base. Now, you can simply look for the special chase sticker on the box. Chase figures are produced in limited quantities and are prized by collectors. Look for Funko Pop! vinyl chase figures "in the wild" on the shelves of stores at the mall.
Buy Now

"The chase is on" to find exclusive toys

Dozens of toy industry conventions are held in different parts of the country throughout the year to bring new toys to the market each year. This is where fans can connect directly with comic book artists and celebrities in attendance who sign autographs, and discuss their career in crowded panel discussions.

Disney Lion King Exclusive Flocked Mini Figure 2Pack Zazu Scar
Exclusive toy figures are produced in limited editions for a specific retailer to offer their customers as a sales incentive. These toys have a special paint finish or other unique features that are different than the standard product. The total number of exclusive toys produced in the edition is usually indicated on a special sticker, along with the name of the convention where the toys were introduced. The abbreviation "LE 480" on auction listings indicates a Limited Edition of 480 units total. Chase figures also have a special paint finish or unique feature, but the size of the edition is not limited like exclusive figures.
Buy Now 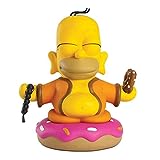 Kidrobot The Simpsons Homer Buddha Mini Figure
Dunny is the name of a classic KidRobot figure of a stylized "devil-bunny" rabbit produced with several new designs over the years, by artists from around the world commissioned by KidRobot. Paul Budnitz started Kidrobot in 2002 to design limited edition art toys and apparel by merging urban street trends, fashion, and pop art. Artists from the world of graffiti, fine art, fashion, industrial design, graphic design, illustration, and music collaborate to create limited-edition "designer toys". The KidRobot blog is the place to go for the latest news and information from devoted fans, and trade with other collectors.
Buy Now

Tomart's Encyclopedia of Action Figures The 1001 Most Popular Collectibles of All Time
The most popular book about action figure toys, available from third-party sellers on Amazon Marketplace.
Buy Now

The KidRobot blog is the place to go for the latest news and information from devoted fans, and trade with other collectors.

Glow in the Dark

Holographic or "Holo": Type of plastic that creates a rainbow starburst effect in the light. Often used for trading card games and for labels to prove the authenticity of valuable collector's items.

The Lego Book
Complete and exhaustive review of all the major toy lines from LEGO brand toys, including a companion book about the history of Minifigures. Beautiful hardback volumes printed to the highest standards for a long-lasting books.
Buy Now

Originally used to describe a process that's used to create fabric with a raised texture, flocked plastic has the same kind of peach-fuzzy carpet texture on the surface of the vinyl.

Disney Matterhorn: Abominable Snowman Disney Parks Exclusive Vinyl Figure #289 (Mint)
NIB - New in Box, can also be MIB - Mint in Box. Some companies charge a premium to get the standard window box from the manufacturer in completely pristine "collectors" condition. Fragile boxes and blister packs can be damaged in transit. If you order online, request careful packaging when you place your order. NWT - New with Tag is used for plush toys and clothing.
Buy Now

Toy prototypes are made in very limited numbers as a test before a large batch goes into production, usually no more than five units. Protos are usually unpainted figures in solid white or flesh colored vinyl, but rare prototypes painted by the artist are available occasionally. Colored vinyl prototypes are also created to experiment with different materials and color combinations.

Retired: When production is completed on a batch of toys, the factory will "break the mold" so no more figures will be made in that edition (in theory). Once a figure is retired, the supply is limited and the value can go up. Refer to the List of 29 Retired Funko Pop! figures (new window).

Not actually made of metal, but a colored paint finish with a metallic look, similar to an automobile paint finish with small flecks of different colors mixed in. Often in silver or gold and other bright colors, and reserved for limited-edition production of chase figures and exclusive toys.