Within hours, the first of these highly desirable items are posted on Amazon and eBay. Find the best toys from McFarlane and Funko, KidRobot, Mattel, Medicom, and more scarce toys from SDCC. This is your chance to buy limited-edition toys and add them to your collection.

Funko Freddy is the mascot of Funko, the makers of Wacky Wobbler bobble-heads and dozens of other collectible toys. He makes an appearance at every Comic-Con in San Diego and other toy conventions, to spread the word about these fantastic vinyl toys from Funko. Freddie has a different costume every time that's similar to one of their new toys introduced at Comic-Con.

Where to buy SDCC exclusive toys

San Diego Comic-Con Exclusive toys show up on eBay after the convention in July (and later on Amazon), but fan clubs are the best place to find these limited-edition collectors items at any time.

Each toymaker has an online bulletin board forum for collectors to share information and trade with other members. These are the most savvy shoppers for these toys and they often know where to buy at the lowest prices. Some collectors sell parts of their collection at discounted prices on the forum before posting the item on eBay. See our list of online forums for toy collectors, below.

Kid Robot has been is business since 2002 making urban action figures with an attitude, featuring artists from around the world. They also produce clothing and jewelry lines in collaboration with major brands for limited edition sneakers and watches. Most everything they make turns into an instant collectors item.

There are countless editions of toys from KidRobot. The stores release a new figure every month, and special edition toys are issued throughout the year from their cadre of artists. 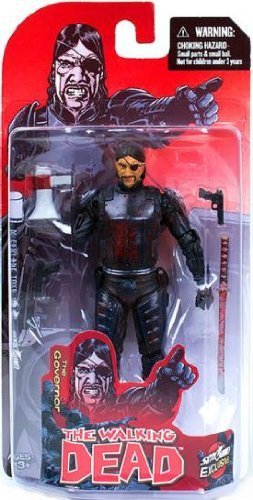 Todd McFarlane Toys has been in the business since 1994, originally creating figurines from the successful Spawn comic book series. McFarlane is known by collectors for their highly-detailed models with intricate painting. Now, the company makes hundreds of collectible toy figures from movies, comics, video games and television. The Beatles Yellow Submarine toys they make have the best likeness of the four lads, and only McFarlane has the Apple Bonkers, Snapping Turks and more of the unique characters from the movie.

Wacky Wobbler is the name of Funko's original brand of bobble-head toys, with over 2,000 different models representing every pop character from the last 50 years in movie, cartoons, celebrities, sports heroes, superheroes and more icons of popular culture.

The best of Funko Pop SDCC

Introduction to all the Funko Pop! toys based on characters fom comic books, Disney / Pixar movies, all the Star Wars characters, Rock 'n Roll musicians, and even the stop-action figures from the Norelco TV special during the Holidays, in a total of 15 different groups. It's easy to find one of these toy figures that anyone can enjoy as a gift.

Look for the round "chase" sticker in the bottom right corner of the box which shows how many exclusive figures were produced in the series, and the name of the convention where the toy was introduced.

The Action Figure Toy Glossary defines the words that serious collectors use on bulletin boards and eBay auction descriptions when buying and selling collectable toys.

Bandai is a Japanese company started in 1950, and their first toy cars came to America in 1962. They are now the third largest toy maker in the world. Bandai is responsible for popularizing the AstroBoy animated TV series, Ultraman, countless Godzilla toys, (Mighty Morphing) Power Rangers, Dragon Ball and viral Tamagotchi toys. 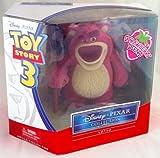 Mattel is the world's largest toy maker with well-known brands and licensing deals with all the top entertainment and media companies. They produce Hot Wheels, Matchbox, Monster High, American Girl, the Magic 8 Ball and hundreds more.

Medicom is a Japanese toy maker that has been creating action figure toys since 2000 when their brand of "kubricks" were first released. These action figures are simplified human forms with several points of movement at the joints. Kubricks were, in fact, named for Stanley Kubrick and the product was developed with a former employee of the Lego company to fit the scale of buildings and play sets created with Lego bricks. Find Exclusive Medicom toys on Amazon, and look through the auction listings below.

Prototypes are used to check the accuracy of the molding and painting process in the toy factory. They can also test the vinyl colors to be used for full-scale production. Protos are often delivered to the company that licensed the product for final approval, and some make it into the collector's market. See more examples of prototypes and exclusive toys on the Action Figure Collecting Glossary.

The best place to collect exclusive toys from the San Diego Comic-con, Emerald City, and other comic book conventions is by visiting online forums devoted to the hobby.

Thanks for your comments