Disney created these great Wreck-it Ralph Pop! vinyl toys and plush dolls for the opening of the movie. All the action figures look just like the animated cast, and their human counterparts.

A perfect team of actors give a real personality to the voice of the animated characters. Happy Jack Mulraney from Gangs of New York plays Wreck-it Ralph, and Sarah Silverman is the voice of Vanellope Von Schweets. Jack McBrayer (Kenneth Parcell on 50 Rock) is the right choice for Fix-it Felix, and the star of Glee, Jane Lynch is the voice of Calhoun.

New Wreck-it Ralph toys from Funko Pop! are ready for the movie premiere - Ralph, Vanellope, Fix-it Felix, Jr. and King Candy. These toys were sold exclusively at the Disney Store and Disney Resorts for three months. Check auction listings to get these toys now.

Get Ralph in battle costume from the "Hero's Duty" video game in the movie, where Ralph meets Sergeant Calhoun and the Cy-Bugs. Fix-it Felix is part of this set, and Wreck-it Ralph wears regular overalls at work.

Each talking doll has thirty phrases from the movie spoken by the original actors. Ralph's voice is activated by moving his arms, and all the dolls in the series have "try me" buttons to sample the quotes in the store. Taffyta Muttonfudge is another talking doll from the Sugar Rush Gang. 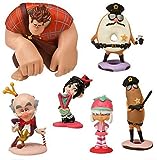 The costumes on these plushies have the finest details with real stitched clothing and embroidery. Ralph and Vanellope have realistic textured hair that can be combed, and each of the 12" dolls comes with accessories. 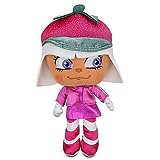 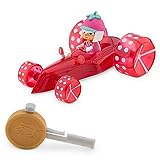 Go to the Disney web site to play three games online or download the apps to your iPhone or iPad mobile device.

Wreck-It Ralph - Nintendo Wii
Instantly switch between players to fix things that get broken with the power of Fix-it Felix, or use Ralph's giant fists to destroy everything in your path.
Buy Now

Thirty different video-games from 1979 through 2000 make a cameo appearance in the movie, in some way... a small reference to a game written on the walls, or part of the computer game sound effects.

Every profession has a unique language, and toy collecting is no exception. Get to know the terms you'll find when searching for rare toys at flea markets...