A change to a healthier diet can benefit most individuals, no matter what their age.

It's Not Too Late

Middle age is not too late in life to begin efforts to reduce and prevent Alzheimer’s Disease. While the discipline of medicine is working on a vaccine and other preventative measures, middle aged individuals can do something on their own at home, with guidance from their healthcare providers.

In a recent study, participants that suffered all three health concerns showed 6 times the risk (600% more) that individuals without any of them showed. The lead enquirer in this study is Dr. Miia Kivipelto from the Karolinska Institute in Stockholm, Sweden.

The body-mass index (BMI) was figured for 1449 Finnish men and women at the age of approximately 50. They were examined again 21 years later and 61 individuals had Alzheimer’s or some other dementia. The risk of dementia approximately doubled when BMI was over 30 (obesity), cholesterol was over 250, or systolic blood pressure was over 140 at age 50. Obesity seem to cause more of a risk among women than among men.

American studies show that women overweight in their 50s are more likely to develop dementia, and that women in their 60s that eat cruciferous vegetables regularly are less likely to develop dementia [Reference: Obesity and vascular risk factors at midlife and the risk of dementia and Alzheimer’s disease. Kivipelto M, et.al. Archives of Neurology. 2005; 62: 1556-1560].

Obesity, high cholesterol, and high blood pressure suffered in middle age are each a major contributor to risk of incurring Alzheimer’s Disease and other dementia later in life.

Do you know how many calories are in butter and cheese and ice cream? Would you get your dog up in the morning for a cup of coffee and a donut? -- Jack LaLanne

Three Who Know About Health

In preventive medicine classes, some of my professors said it would be wonderful if people could live a long, healthy life and die suddenly, without debilitating long-term chronic illnesses. That is the goal of some medical research, including that which targets nutrition, diet and such conditions as Alzheimer's, other senile dementia, arthritis, osteoporosis, heart disease, and several others. Because women outlive men in the US and some other nations on average, diseases of old age or more usually diseases of women.

Diet and nutrition are becoming more visibly key to a host of physical and psychological syndromes that affect males and females. Public health promotion aimed at educating the pubic and encouraging healthy eating habits may be able to delay and prevent a huge number of ills and eliminate some conditions altogether, rather than shuttling them forward into old men's or old women's diseases.

In martial arts instruction and coaching and health psychology, I have seen appropriate diets, exercises, relaxation techniques, and other effective habits increase the longevity of not only the human being but of his or her health years.

Taekyon Grandmaster and National Living Treasure, Song Duk Ki of South Korea, lived a healthy life for approximately nine decades or more. He exercised and trained students until the end of his life. He followed a tradition of appropriate diet, physical training, mental exercise, Traditional Korean Medicine, and other good health habits as he helped others.

In America, the similar examples are two famous men: Jack LaLanne, the nonagenarian fitness expert (also a chiropractor); and Jhoon Rhee (age 82 in 2014), the Father of American Taekwondo, bringing the sport to the US in the 1950s. We still see Jack LaLanne on television as he speaks about health and fitness and Jhoon Rhee teaching Tae Kwon Do to the Senators and Representatives on Capitol Hill twice a week while he maintains a heavy schedule of instruction, touring, and health promotion via education, herbal supplements and others materials.

Appropriate diets helped all three individuals to avoid Alzheimer's and other "diseases of aging."

Do you know how many calories are in butter and cheese and ice cream? Would you get your dog up in the morning for a cup of coffee and a donut? -- Jack LaLanne 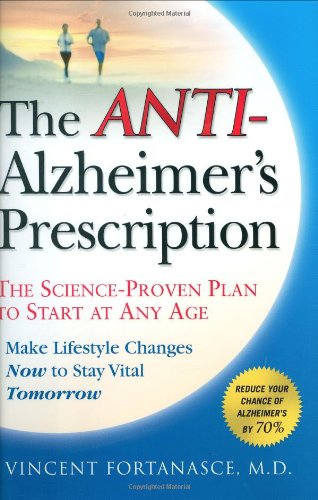 The Anti-Alzheimer's Prescription: The Science-Proven Plan to Start at Any Age
Buy Now

You don't need a silver fork to eat good food.

Our minds are like our stomachs; they are whetted by the change of their food, and variety supplies both with fresh appetite. 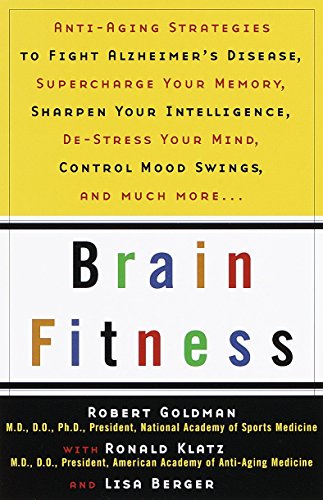 An anti-Alzheimer's diet is generally:

Healthy Eating Through the Life Span

Adopting any of the diets listed above can bring increased health, happiness, and longevity in one's later years and delay or prevent Alzheimer's and other dementia.